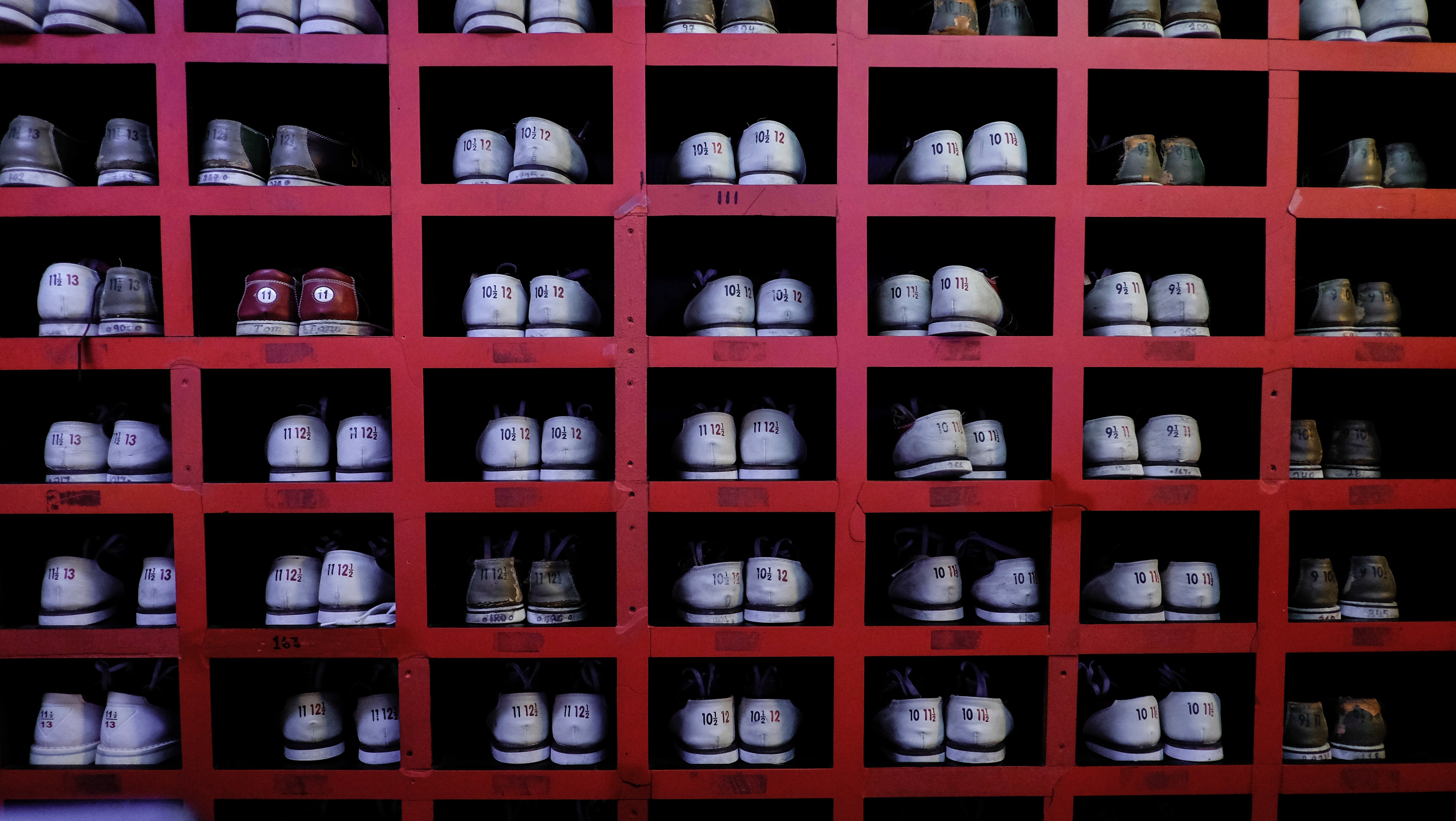 Obsessive-compulsive disorder (OCD) is a mental illness that affects almost 3% of Americans. It does not discriminate; it is said that several celebrities have come out to talk about their struggles with OCD from soccer legend David Beckham to superstar Justin Timberlake. In this post, we’ll explore how OCD is defined, diagnosed, and how much we know about its causes and risk factors.

OCD is a common and often chronic mental disorder that affects up to 2 to 3% of adults and up to 1% of children [1].

According to the American Psychiatric Association [3]:

Around 30 to 50% of individuals with OCD are often diagnosed before the age of 10. There may be a difference between childhood and adult-onset OCD. However, there is no definite explanation for this hypothesis [4, 5].

These are expanded upon with some examples below, which highlight why OCD can be difficult to diagnose.

Diagnosing OCD can be difficult because individuals often feel shame and are secretive about their symptoms [9].

The staging of the disorder is:

These obsessions develop into compulsions [10].

Compulsions may not be as obvious as these examples. Most often, individuals have mental rituals, which they are reluctant to report due to stigma or embarrassment [9].

For a diagnosis to be made, obsessions and compulsions should take a significant amount of a person’s time and make it difficult to go to work, see people, or engage in everyday activities.

People with OCD may go through diverse obsessions and compulsions, which aren’t always obvious. This, along with the shame and stigma those afflicted with OCD experience, can make diagnosis difficult.

What Is Going On in the Brain of Someone with OCD?

Neurotransmission is more sensitive to environmental triggers in OCD patients because their genetics increases vulnerability. Imbalances in the CSTC transmission result in the physical production of OCD symptoms [12].

Patients with OCD have a disproportionately high blood cortisol level (stress hormone). The vulnerability of OCD patients to chronic stress causes significant changes in goal-directed behaviors, abilities to interact with the environment, and decision-making skills [12].

It is often necessary to try more than one therapy before finding an effective treatment.

Several brain areas implicated in cognitive and emotional control (including the cortex, hippocampus, and amygdala) are thought to become dysfunctional in people with OCD.

No one knows what causes OCD. The following factors have been proposed to play a role in OCD, but the clinical significance of their impact and a clear causal relationship hasn’t been established.

Animal and imaging studies of patients with OCD reveal that there is increased glutamate (excitatory neurotransmitter) activity in the brain [15, 16].

The SLC1A1 gene codes for transporters that clear glutamate from the synapse of neurons, which helps to make GABA. Without SLC1A1, mice had significantly less GABA and increased glutamate and exhibited OCD behaviors [17].

After injecting ketamine, a substance that blocks glutamate receptors, patients had a rapid reduction in OCD symptoms. There was also an increase in GABA which was positively correlated with the resolution of OCD symptoms [18].

Interestingly, glutamate also has some anti-anxiety effects when it activates the kainite receptors [19, 20].

According to limited studies, OCD may be marked by lower GABA and higher glutamate.

In rats, an SSRI that increases serotonin (clomipramine) in the brain (midbrain and hypothalamus), helped reduce the symptoms of OCD. This suggests that low serotonin may cause OCD [21].

Human and animal studies using both medication and imaging support the role of increased dopamine in OCD [2].

Mice with high dopamine had more signs of OCD in one study [22].

Another study found that quinpirole, which increases dopamine release, led to significant increases in compulsive behavior in rats [23].

Progesterone is lower during the premenstrual period and menopause, which might be the cause in the flair of symptoms.

Estrogen and progesterone can enhance serotonin activity, which decreases symptoms of OCD [24].

Progesterone has some pro- and anti-anxiety effects [25, 26].

When converted to allopregnanolone & pregnanolone, which are potent activators of GABA receptors, progesterone has anti-anxiety effects [27, 28].

Fluctuations of these hormones (e.g., during reproductive events) cause changes in OCD symptoms. 101 women with OCD were surveyed about these changes. About half (49/101) reported an increase in symptoms during the premenstrual period and 9 during the menopause. During pregnancy, 17 reported worsening of symptoms and 11 reported improvement [30].

In one study of 30 people, testosterone was lower in men with OCD, but it was not statistically significant [26].

A couple of studies suggest that lower sex hormones (progesterone and estrogen in women and testosterone in men) may cause OCD flare-ups, but this hasn’t been properly confirmed.

The hyperactivity of the HPA axis, which is seen in OCD patients, causes an increase in the release of certain hormones. These include corticotropin-releasing hormone (CRH), adrenocorticotropic hormone (ACTH), and cortisol.

In a study, 23 children with OCD had higher early-morning cortisol values when compared with healthy people. Cortisol levels in the OCD group were reduced in response to a psychological stressor (exposure to a fire alarm), while an increase was found in healthy controls [31].

Elevations of these hormones cause a stress response, which leads to the release of inflammatory biomarkers [32].

Compared with healthy controls, 40 patients with OCD had significantly increased levels of inflammatory markers (CCL3, CXCL8, sTNFR1) in a study [33].

OCD has been linked with HPA axis hyperactivity and inflammation, but further studies are needed.

The factors listed below have been proposed to increase the risk of OCD, but more research into their impact is needed.

It’s also important to have in mind that risk factors listed below may interact with each other and have additive effects. On the other hand, certain protective factors that may balance out their effects, in theory.

Also, just because someone has a higher risk of developing OCD does not mean that they will get OCD in the end. On the other hand, a person who doesn’t have any of the known risk factors may still develop OCD.

The list below is not exhaustive. Rather, it focuses on the main and most comprehensively researched factors. Other risk factors not mentioned in this article may also impact a person’s risk of developing OCD. If you are concerned about your risk of OCD, please talk to your healthcare provider.

Research supports that OCD is often inherited and passed down within families [36].

Of 18 studies following families with adults with OCD, 16 determined that OCD was familial [2].

A meta-analysis including almost 25,000 identical and fraternal twin pairs found that both genetic and environmental factors are important in the development of OCD [37].

A family history of OCD may increase a person’s risk of developing OCD, but environmental factors are also important.

A pediatric autoimmune neuropsychiatric disorder associated with Streptococcus (PANDAS) can lead to compulsions, tics, or other psychiatric symptoms. This occurs in children who develop rheumatic fever or Sydenham’s chorea (usually after a Streptococcus infection) [40].

Pediatric acute-onset neuropsychiatric syndrome (PANS) includes cases where Streptococcus is not involved and metabolic disorders or environmental factors are the triggers [41].

Individuals with PANDAS or PANS develop autoimmune antibodies to specific parts of their brain (basal ganglia). These antibodies cause inflammation of the basal ganglia neurons. This weakens the blood-brain barrier and other antibodies can leak into the brain, which leads to the symptoms of OCD [42].

A specific type of infection called PANDAS in children can lead to OCD symptoms and autoimmune tendencies.

Individuals with other psychiatric illnesses are at a higher risk for OCD [43].

Those who experienced abuse, either physical or sexual, or trauma in childhood are at an increased risk as well [44].

Tourette syndrome, which causes tics in individuals, is associated with OCD and ADHD [45].

Lastly, one Canadian study suggested a lifetime prevalence of 2.7% for females and 2.0% for males [3].

Overall, large samples in the general population point to gender differences but clinical patient samples do not. More research is needed.

According to the same analysis, difficult temperament, internalizing symptoms, and conduct problems in childhood also appeared to predict an increased risk of OCD symptoms [46].

It’s still uncertain what makes some people more likely to develop OCD from antipsychotics, though. Higher medication dose and being born to younger fathers have been proposed as possible risk factors, but more research is needed [47].

Symptoms of OCD initially include various obsessions: repetitive or intrusive thoughts. These can be scary, as they may include unwanted thoughts of violent, sexual, or religious nature. A person affected by these thoughts feels forced to perform actions or compulsions to ward them off.

Once obsessions and compulsions start taking over a person’s life–impacting their work, family life, or everyday activities–a doctor may diagnose them with OCD.

Diagnosis requires a careful review of medical and family history, symptoms, and may also involve lab tests to rule out other health problems.

The exact cause of OCD is unknown. Genetics, childhood trauma, and dysfunction of certain brain areas are possible contributors.

If you are experiencing symptoms that sound like OCD, don’t shy away from seeking help. Stigma and shame often get in the way of medical care, making diagnosis and treatment tough or delayed.