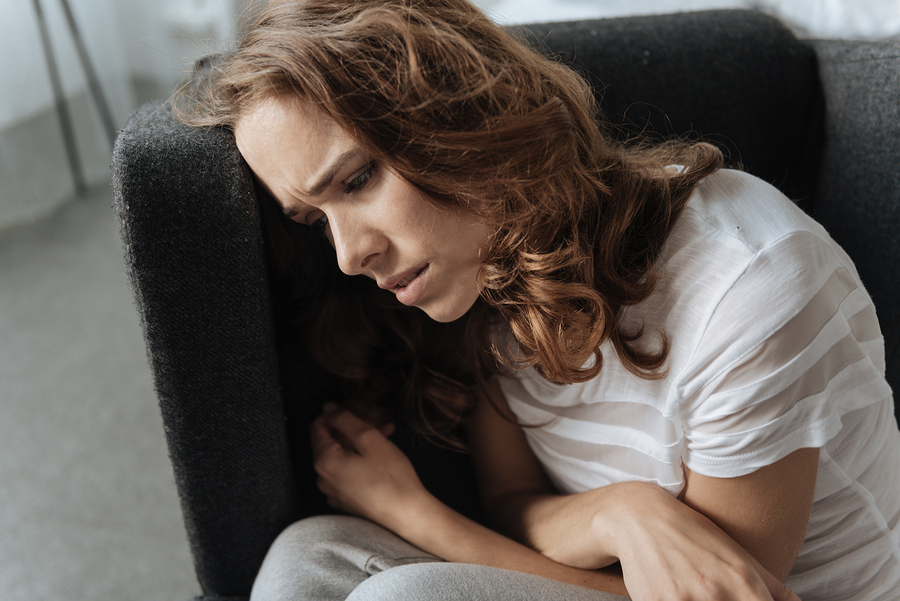 Depression is one of the most common mood disorders out there. While a number of effective, safe, and medically-approved treatments for it currently exist, many of these involve the use of pharmaceutical drugs that can sometimes have unwanted side-effects. Because of this, some people are reluctant to use a medication-based approach, and instead choose to look for other, non-drug-based forms of treatment. In this post, we’ll review conventional and psychological approaches, and what the science currently says about them.

Disclaimer: This post is not a recommendation or endorsement for any particular type of mental health treatment. The only way to be sure you get effective treatment is to discuss your options with your personal doctor — and none of the complementary approaches described below should ever be used to replace what your doctor has prescribed or recommended. We have written this post for informational purposes only, and its goal is simply to inform our readers about the science behind some complementary treatment strategies, and what we know about how they might work.

Introduction To Depression And How It Is Treated

Many of the most common treatments for a person diagnosed with clinical depression (major depressive disorder, or MDD) involve the use of prescription medications (such as SSRIs) to alleviate or manage the symptoms.

While these medications can be highly effective in many cases, it is also unfortunately the case that many of these pharmaceutical drugs can potentially cause a number of unwanted side-effects in people who take them.

For this reason, some people are reluctant to rely on pharmaceutical treatments, and prefer to try non-chemical treatments instead.

However, before we begin we want to stress that this post is not an endorsement for- or against any particular mode of treatment! Nor are the strategies outlined in this post intended to be used as a replacement for conventional medical care in any way.

If you are ever diagnosed with a mental health condition of any kind, the only way to decide what the best treatment for your specific case might be is to discuss it with your doctor. Only a fully-qualified medical professional fully understands all the different advantages and drawbacks associated with the many different possible modes of treatment — and they will work with you to come up with the safest and most effective approach for your individual needs.

With that in mind, in the rest of this post we’ll discuss some of the many non-drug-based treatments for depression and other mood disorders, and what science currently says about them.

Before we get into some of the “alternative” or “complementary” strategies for potentially improving mood, it’s important to be aware of what some of the more typical treatment approaches for clinical depression are, and how they work.

The approaches below are some of the ones that you might be likely to encounter if you were to book an appointment with a traditional qualified psychiatrist, psychologist, or other mental health professional.

Many of these treatment modalities have been used for a long time, and have been extremely well-studied. Therefore, these approaches are widely-used by doctors due to their having a lot of evidence to support them.

One of the most common forms of therapy used by mental health professionals is cognitive-behavioral therapy — also known as “CBT”. This highly “evidence-based” approach to therapy is one of the most widely-used for preventing and reducing depression (as well as many other mental health conditions) [1].

The main idea behind the use of CBT in depression is to help patients change their patterns of thinking and make behavioral changes to improve coping and reduce distress [2].

CBT has been reported to be effective for both acute depressive episodes, as well as long-term prevention [1].

One specific type of CBT, called “acceptance and commitment therapy” (“ACT”), has been reported to decrease symptoms in cases of mild-to-moderate depression. It has also been claimed to help reduce overall severity of depression cases, as well as the occurrence of suicidal thoughts (“suicidal ideation”) [5, 6].

According to some reports, CBT may help reduce the negative perceptions of emotions [7].

CBT is traditionally delivered face-to-face by therapists, but is also sometimes delivered “digitally” over the internet, such as through a mobile phone or personal computer [9, 10].

CBT is an evidence-based and widely-used approach to treating and preventing depression. It helps people alter their thinking patterns, which improves coping and reduces emotional distress.

“Psychodynamic” therapy is probably the therapy you most associate with mental health treatment. It focuses on conscious and subconscious feelings from past experiences, and how they affect the patient.

Internet-delivered psychodynamic therapy for 10 weeks was reported to reduce symptoms in a study (RCT) of 100 patients with mood and anxiety disorders [12].

The results from some preliminary neurobiological studies suggest that psychodynamic therapy may act by reducing metabolic activity in the right insula, a brain region important in emotion control and depression. This decreased activity was, in turn, reportedly associated with greater symptom reduction over 4 weeks of treatment [13].

Interpersonal therapy emphasizes the social context of depression, and aims to improve communication skills and relationship-building [14].

Interpersonal therapy is claimed to be one of the best-supported treatment options for depression [16].

According to some studies, it is effective in treating depression and preventing relapse both on its own as well as when used as a complement to antidepressant drugs [16].

In one study (RCT) of 120 women with postpartum depression, interpersonal therapy was reported to improve depression symptoms and social adjustment [17].

Interpersonal therapy is typically delivered by a therapist over 12 weekly sessions.

However, internet-delivered, self-guided interpersonal therapy also lowered depressive symptoms in a study of over 1800 people [18].

Other Forms of Psychotherapy for Depression

In addition to some of the “official” forms of psychotherapy discussed above, there are also a number of other forms of therapy that you might encounter when working with mental health professionals.

In general, these are less well-studied, and their effectiveness may be more specific to certain individuals and mental health conditions. However, some evidence does support them in certain cases, so we’ll review these below.

Despite the way it is often depicted in the popular media, hypnosis is actually a real phenomenon that some mental health professionals use to address certain types of problems.

However, there are still many popular and misleading “myths” about it. For example, despite what you see in many movies and stage shows, hypnosis cannot be used as a form of “mind control”! Experts in hypnosis often stress that it can’t be used to make a person do anything they don’t already want to do — in other words, it only works when the patient is actively cooperating and collaborating with the person administering the hypnosis.

It also doesn’t work on everyone: some people are simply more “hypnotizable” than others.

Hypnosis is defined as a state of focused attention and reduced awareness of the environment. It enhances the ability to respond to suggestions [25].

Being in a hypnotic state is not beneficial on its own. But when individuals internalize beneficial suggestions, they may be able to improve their thoughts and behavior.

Although it’s not particularly well-studied, one or two meta-analysis (of RCT studies) have claimed that hypnosis can sometimes be a viable treatment for depression, whether by itself or paired with more traditional psychotherapy [26, 27].

In theory, hypnosis may change how people view themselves, and may promote coping skills to help them manage depression [28]. However, the techniques and mechanisms behind hypnosis are still highly mysterious, and not much is known about the biology behind its touted effects.

Small studies suggest that psychotherapeutic hypnosis may improve symptoms of depression, but more research is needed.

Music therapy has some early evidence in support of its use for treating certain cases of depression [29].

According to a few preliminary studies (RCTs) in 79 depression patients, music therapy may improve symptoms of depression and anxiety, as well as general functioning [30, 31].

In 14 adolescents with depression, listening to rock music reportedly decreased levels of cortisol, and reduced activity in the right prefrontal cortex — each of which are factors which have been associated with increased negative emotion, and which are often reported to be higher in individuals with diagnoses of depression [32].

Dance/movement therapy has been reported to reduce depression and stress according to one study in 104 participants with diagnosed depression. Some researchers have speculated that it may work by increasing levels of serotonin and dopamine [33, 34, 35].

Weekly visits with a dog were reported to reduce depression and anxiety in two studies in 178 chemotherapy patients and 68 nursing home residents [36, 37].

Swimming with dolphins daily for 2 weeks, and spending time with farm animals for 12 weeks, were each reported to improve depressive symptoms, self-confidence, and coping in 120 depressed patients (RCTs) [38, 39].

Although it’s not known exactly why human-animal interactions are reported to be beneficial, some researchers have proposed that these interactions may reduce cortisol reactivity to stress. They may also increase oxytocin — sometimes called the “social bonding” hormone — which could in turn affect the HPA axis, various neurotransmitters, and even some mechanisms related to inflammation [40].

Aside from drug therapy, several psychotherapeutic approaches can help treat depression. They can also work as effective preventive strategies in some cases.

CBT is one such evidence-based and widely-used approach. It helps people alter their thinking patterns, which improves coping and reduces emotional distress.

Psychodynamic therapy is another option. It focuses on resolving deep-rooted, unconscious feelings that can dramatically affect a person’s mood.

Interpersonal therapy places emphasis on a person’s social context. It aims to improve communication and reduce daily stress and is supported by solid evidence.