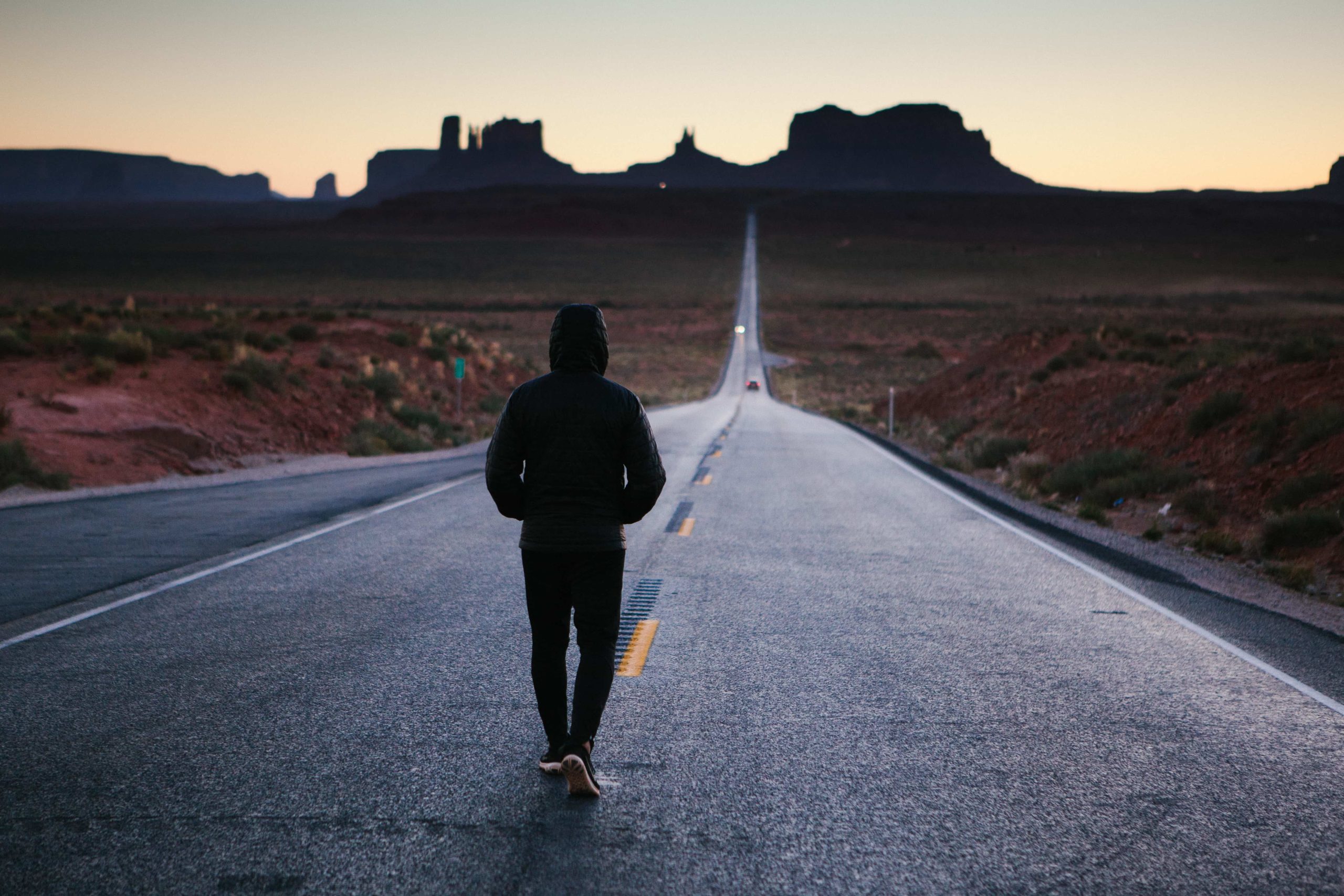 A lack of motivation to complete tasks can block your ability to get ahead in life. In this article, we discuss a variety of supplements and lifestyle choices that have been reported to have an effect on motivation.

Disclaimer: This article is not a recommendation or endorsement for any of the substances mentioned throughout this post. Many substances mentioned below are purely investigational, and have not yet been proven or officially approved for effectiveness in increasing motivation in healthy human users. We have written this post for informational purposes only, and our goal is solely to inform people about the science behind these compounds’ effects, biological mechanisms, and potential health applications. None of the information in this post should ever be used to replace conventional medical care or treatment — and always be sure to discuss any new supplements with your doctor first!

Before we discuss some potential motivation-related lifestyle and other factors, it is important to keep in mind that the FDA has not approved any substance or therapy for the purpose of increasing motivation.

None of the information in this post should ever be used to replace conventional medical care. If you think you might be experiencing motivation-related issues, it is important to talk to your doctor first to look into getting an official diagnosis, and to discuss potential treatment options. Also always be sure to discuss any new lifestyle or dietary changes with your doctor first, in order to avoid negative interactions and other potential risks.

With that said, recent research has uncovered some interesting connections between lifestyle, supplements, and motivation. Future research will be needed to determine how safe and effective these strategies might be.

Regular exposure to natural sunlight has been associated with many diverse benefits, both physical (biological) and psychological.

Among these benefits, some evidence suggests that sunlight exposure may have several potential effects related to dopamine, the reward system, and motivation in general.

For example, sun exposure has been associated with:

Some researchers have proposed that some of the psychological benefits of natural light may only require as little as 10-15 minutes of exposure to sunlight, which may make this a particularly easy and practical strategy for boosting mood and motivation [2]!

Flavonoids are a family of bioactive compounds naturally found in many herbs and plant-based foods.

Flavonoids can be found in many of the common foods that make up a healthy diet, such as fruits, vegetables, and tea. They are also often extracted from certain plants, which enables them to be taken in the form of concentrated dietary or nutritional supplements [5].

There are thousands of different flavonoid extracts with varying effects, some having the potential to increase motivation and boost mood.

For example, one animal study reported that rats who were fed an extract of cocoa-based flavonoids showed higher levels of dopamine in their urine, which may imply increased production of dopamine throughout the rest of the body [6].

Flavonoids have also been associated with improvements in mood — another effect which may be due to increased levels of dopamine. For example, blueberry-derived flavonoids have been reported to boost mood in both children and young adults, as well as potentially improve some important cognitive functions (such as those related to executive function) [5].

Although the mechanisms behind these potential effects are not known for certain, some researchers have speculated that this may be due to the fact that foods like chocolate contain tyrosine, an important “building block” (metabolic precursor) of dopamine [6].

However, some other potential mechanisms have also been proposed, including:

According to early research, flavonoids found in fruits and vegetables may improve motivation by supporting dopamine activity and antioxidant defense. More research is needed to verify this effect.

The stimulant caffeine is the most widely-consumed “drug” in the world.

Caffeine’s “stimulating” and “wakefulness-promoting” effects are most commonly attributed to its ability to block the activity of the neurotransmitter adenosine, which normally triggers sleep. However, it is also known to have significant effects on the brain’s dopamine system, which is believed to underlie some of its potential effects on motivation [11].

For example, in one double-blind placebo-controlled study, caffeine was reported to increase exercise capacity when taken one hour before exercise. The authors of this study suggest that caffeine specifically reduced the “perceived effort” involved in physical activity, which may be why it increased peoples’ motivation to exercise for longer [12].

The mechanisms of caffeine likely involve both dopamine and adenosine:

Caffeine seems to increase motivation in the short term by acting as a stimulant, but it can cause many unwanted effects in the long term and in high amounts.

Lifestyle Factors That Can Affect Motivation

Overall, the best way to stimulate motivation is to eat a healthy diet, minimize stress, address underlying health problems, and get a good night’s sleep. These will win out over drugs and other substances every time!

Nonetheless, if you believe that you are already ticking off all of these boxes and yet you still struggle with motivation, talk to your doctor about any complementary strategies that could be right for you.

The circadian rhythm is the body’s “master clock,” and plays a role in regulating many important processes such as sleep, appetite and body weight, digestion, and energy metabolism. However, disruption of the circadian rhythm is both a risk factor and a symptom of many psychiatric disorders, such as depression, seasonal affective disorder, and more [22].

A poorly-regulated circadian rhythm can also have significant psychological effects, such as mood disruptions and abnormal responses to rewards, which can in turn manifest as motivational symptoms [22].

Additionally, having an irregular sleep cycle — i.e. having a sleep schedule that changes from day to day — can negatively influence the circadian rhythm, and is also one of the major lifestyle factors that has been associated with impaired response to reward and reduced feelings of motivation [22].

Conversely, sleep deprivation has been reported to lead to reduced overall dopamine function, as well as reduced numbers of certain types of dopamine receptors (such as D2 receptors) throughout key motivation-related parts of the brain (such as the ventral striatum) [23].

Similarly, REM sleep deprivation has been reported to reduce motivation in animal studies on rats [24].

Therefore, a key factor in maintaining adequate motivation is to make sure you’re getting plenty of restful, high-quality sleep each night, and trying to keep your sleep schedule as regular as possible!

Working to balance your circadian rhythm and get enough quality sleep will improve your energy levels and overall health, and it may also help you feel more focused and motivated.

3) Avoiding Light at Night May Help You Get More Rest

Another major factor that can negatively influence motivation (by impairing sleep quality and potentially disrupting the circadian rhythm) is exposure to light during the evening and nighttime.

This is because artificial light — especially blue light — can mimic the effects of sunlight, thereby “tricking” the brain into thinking that it’s daytime. This, in turn, can reduce the brain’s production and levels of melatonin, a neuro-hormone that plays a critical role in regulating the timing of sleep. This can disrupt the natural sleep cycle, impair the quality of sleep, and disrupt the circadian rhythm — all of which are factors that can lead to negative mood- and motivation-related symptoms [25, 26].

Therefore, it is a good idea to avoid exposure to sources of artificial light in the evening as much as possible. This is especially the case for sources of “blue” light, such as TVs, cell phones, and computers.

Artificial light is hypothesized to disrupt the circadian rhythm, which might lead to problems with mood and motivation. Further research is needed to better understand this link.

Finally, another lifestyle factor that can potentially affect motivation is chronic inflammation.

Inflammation is a natural part of the body’s immune response — but when the inflammatory response is chronically over-activated, this can interfere with a number of important physical and cognitive processes that can potentially result in motivation-related issues (among other psychological effects) [27].

While inflammation can have a wide range of potentially negative effects, some recent evidence suggests that it may particularly target the brain’s dopamine system. For example, some early research has reported that inflammation may reduce the creation (synthesis) and overall levels of dopamine throughout several regions of the basal ganglia, an important brain network involved in reward learning, motivation, and overall mood [28].

In fact, some researchers have even proposed that chronic forms of inflammation may be associated with the development of some psychiatric disorders, such as depression, bipolar disorder, and schizophrenia [28, 29, 30, 31].

Some scientists believe that inflammation may reduce motivation by lowering dopamine levels in certain areas of the brain, but this hasn’t been confirmed in humans.

Therefore, if you think you may be experiencing motivation- or other mood-related issues, finding ways to reduce inflammation may be a good place to start.

Some natural substances, as well as certain lifestyle factors, may be able to improve motivation. Nonetheless, if you think you may be affected by significant motivation-related symptoms, it’s always best to discuss these with your doctor first, to rule out or address any potential underlying causes or health conditions.

Try to make healthy lifestyle choices, get a good night’s sleep, and remove stressors from your life before turning to supplements, and always talk to your doctor about any complementary strategies you wish to follow to improve your health.

Fatigue: 45+ Tips To Help You Fight It