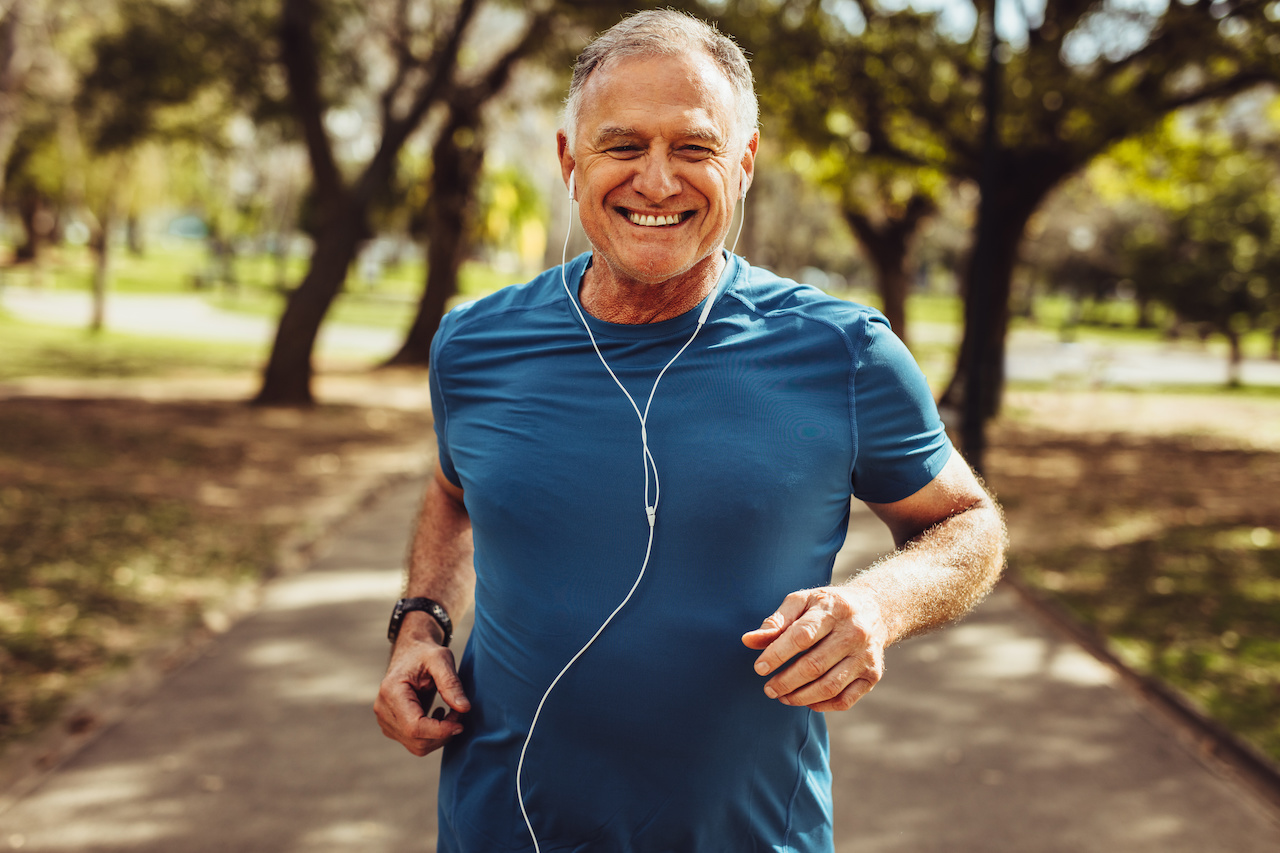 For much of history, high levels of intense daily exercise was probably a necessary requirement for human survival. However, in most industrialized countries the necessity for physical activity to sustain life is declining. As a result, we are seeing a decline in physical fitness in many of these populations.

The purpose of this article is to explore the scientific literature and uncover the role that physical activity plays in the maintenance of good health and the avoidance of chronic disease. We will also discuss different types of exercise and why, for some people, exercise may not be a great option.

Physical exercise refers to any bodily activity that enhances or maintains physical fitness, health, and wellbeing [1].

The idea that physical activity is important for health and disease prevention is not a new concept but has been appreciated for millennia. Indeed, Hippocrates (∼450 BC) stated that the body falls sick when exercise is deficient.

The Global Burden of Disease Study carried out by the World Health Organization included physical inactivity as one of the most important risk factors threatening global health [2].

In fact, research from the U.S. Centers for Disease Control and Prevention has attributed 23.3% of US deaths to the lack of regular exercise.

One study found that three 60 minute sessions of moderate physical activity per week increased memory. This was possibly due to increased blood flow to certain parts of the brain (hippocampus) [4].

Even in old people, aerobic exercise can increase cognition, brain size, and power [5].

Studies have shown that without a regular exercise regime the brain deteriorates and loses cognitive power much faster [6].

In fact, one study found that elderly people who engage in aerobic exercise had bigger brains. Non-aerobic yoga or toning exercises did not produce the same effect [7].

Moderate physical activity increases neurotrophins, proteins that support brain plasticity (ability to change). As such, exercise is probably even more important for the young (<25), developing brain [10].

Recent studies have shown that the beneficial effects of exercise on the brain can be increased by the consumption of natural products like omega-3 fatty acids or plant polyphenols [11].

Many studies have shown that regular physical activity is associated with a reduced risk of cardiovascular disease [12].

One long-term study looked at the effects of regular exercise on men and women over the age of 73. It found that total exercise, exercise intensity, and leisure time intensity were all associated with a lower risk of heart attack [13].

For women, the beneficial effects of exercise on the heart requires just 1 hour of walking per week [14].

Low-intensity exercise (<45% of max intensity) improves the health of people with heart disease [17].

A recent study confirmed that regular walking is the best form of physical activity for heart health [18].

3) Helps With Diabetes and Metabolic Syndrome

In one study, every extra 500kcal burned per week through exercise decreased the risk of diabetes by 6% [24].

40 minutes of intense exercise per week reduced the risk of diabetes in middle-aged men [26].

Weight loss via exercise can reduce the risk of diabetes by 40-60% among overweight individuals [27].

Moderate physical activity for >150 minutes per week was found to be more effective than the drug metformin [27].

One study showed that diabetics who walked at least two hours per week had 39-54% lower mortality [28].

Inactive men with diabetes were found to be 1.7 times more likely to die than physically active diabetics. This relationship also applies to those with metabolic syndrome [29, 30].

Individuals who maintain a reasonable level of aerobic fitness are less likely to relapse into depression [34].

People with chronic anxiety often have a dysregulated HPA axis. Studies have shown that exercise improves the way the HPA axis modulates stress reactivity and anxiety [35, 36].

One study found that college students who exercised regularly experienced less stress and hassle than those who didn’t [38].

Another study found that regular physical activity buffered the stressful effects of widowhood in elderly subjects [39].

In one study, both African dance (rigorous exercise) and yoga caused significant improvements in stress levels [41].

As well as reducing mental stress, some forms of exercise are very effective at reducing cellular stress. For example, yoga has been shown to improve antioxidant status and limit oxidative damage [42].

The idea that exercise helps sleep has existed for thousands of years [43].

Disturbed sleep is a common symptom of anxiety. Thus, exercise’s positive effect on sleep may be due to its ability to buffer anxiety [44, 45].

Sleep deprivation can cause, and be caused by, depression. Thus, exercise may improve sleep quality through its ability to decrease anxiety and depression [46, 47].

People who exercise regularly may have improved thermoregulation. This means they can cool down more efficiently before sleep (important for deep sleep cycles) [48].

Exercise may improve sleep quality by improving your circadian rhythm. Many studies have shown that routine exercise can shift the circadian system towards a healthy light-dark cycle [49, 50, 51, 52].

The most positive effects on sleep quality occur when exercise is completed 4-8 hours before bedtime [47].

Evidence suggests that exercise does not need to be intense to elicit a positive effect on sleep; walking intensity will do the job [54].

Exercise is a great option for insomniacs and might help them avoid the negative side effects of long-term use of sleeping pills [55].

A large number of population studies over the last 50 years have shown that low physical activity is associated with increased total mortality [2].

In one experiment, people who went from unfit to fit in 5 years had 44% less chance of dying than those that stayed unfit [57].

Another study found that the physical fitness of healthy middle-aged men is a strong predictor of mortality. Just small increases in physical fitness are associated with a significantly lower risk of death [58].

One study found that people who engage in physical activity and fitness had a 20 – 35% lower risk of dying from all causes [59, 60].

The older you are, the greater the impact physical activity will have on your life expectancy [61].

The great news is that longevity benefits can be achieved by relatively small amounts of activity [62].

Individuals who exercise regularly have lower rates of age-related memory and cognitive decline than sedentary people [63].

In fact, one study showed that women who exercise the most have a 20% lower risk of developing cognitive impairment [64].

Resistance training exercises can improve the memory of elderly individuals with prior memory problems and protect against the development of Alzheimer’s disease [65].

One study found that individuals older than 65 had much less chance of dementia if they exercised at least 3 times per week [66].

In fact, a recent study found that exercise can reduce the chances of getting 13 different types of cancers [70].

Physically active individuals have a 30-40% lower risk of colon cancer than those that are inactive.

Active women have 26-40% less chance of cancer-related death than their inactive counterparts [71, 72].

Intense exercise and walking both reduce the risk of breast cancer [75].

Exercise is associated with improved breast cancer survival rate, possibly due to its ability to reduce IL-6 [76].

This is why the National Institute for Health recommends weight-bearing exercises, which force you to work against gravity, for good bone health [77].

Resistance training may be more effective than traditional pharmacological and nutritional approaches for improving bone health. This is because it influences other risk factors for osteoporosis, such as strength, balance, and muscle mass [78].

One study looked at schoolgirls who engaged in three sessions of high-impact exercise per week. After two years the girls had experienced a “substantial bone mineral accrual advantage” [79].

Along with a healthy, calorie-controlled diet, increased physical activity is the only proven strategy for weight control. Dietary supplements and other complementary approaches may only bring minor additional benefits [83].

One study found that 45 minutes of hard exercise increased post-exercise energy expenditure. This revved up metabolism lasted for 14 hours [84].

Aerobic exercise can help you burn fat, especially belly fat, which correlates with the risk of type 2 diabetes and heart disease [85, 86, 87].

Exercise can increase muscle mass, which helps boost metabolism, even at rest [88, 89, 90].

Regular physical activity can mitigate the risks associated with being overweight or obese [34].

One study instructed 40 individuals with a bone disease to complete a 3-month supervised resistance exercise program. The participants had an increase in lean body mass (muscle) and reported improved quality of life [94].

Studies indicate that moderate, controlled exercise is effective in preventing lower back pain and does not increase the risk of back injury [96, 97].

The science suggests that most forms of exercise are equally effective at treating back pain [98].

In one study, 2.5 years of aerobic exercise was enough for sufferers of lower back pain to significantly lower their intake of pain medication [99].

Exercise frequency and physical fitness enhance self-confidence and energy levels, which can lead to greater sexual desires and performance [100].

One study found that arthritic subjects who engaged in a water exercise program experienced improvements in physical function and less pain [102].

What’s most important is that you avoid being inactive. In a way, it’s more important to a sedentary lifestyle than to engage in intense exercise [104].

If you have a diagnosed condition, work with your doctor to determine the best exercise options and intensity level, according to your condition, health goals, and other factors.

Start slowly. Cardiac events, such as a heart attack, are rare during physical activity. But the risk certainly does increase when someone suddenly becomes much more active than usual.

People with “adrenal fatigue” may fair better with exercise that doesn’t overstimulate the HPA axis, such as yoga or walking.

What Does Myostatin Inhibition Do? + Risks & Side Effects