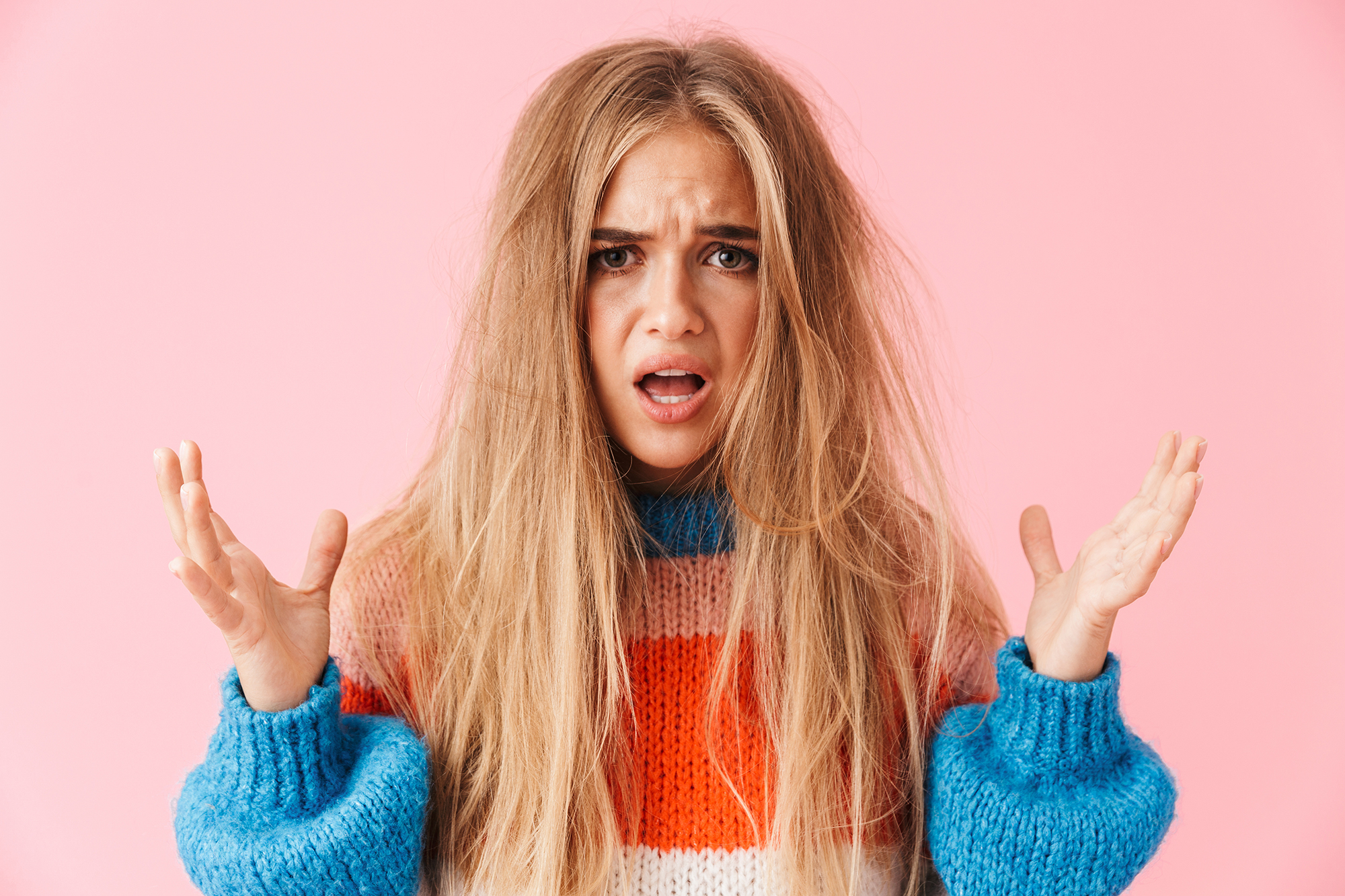 Hypothyroidism is a hormone imbalance with strong effects in most organs of the body. “Brain fog” is not a medical condition. It’s a term used for a group of symptoms that can affect your cognition, mood, and energy. Read on to learn more about the possible link between hypothyroidism and “brain fog.”

Hypothyroidism is a deficiency in thyroid hormone production by the thyroid gland. Its main symptoms include [1, 2]:

What Is “Brain Fog”?

“Brain fog”, also known as ‘mental fog’, ‘clouding of consciousness’, and ‘cognitive dysfunction’, is an unofficial term used to describe a constellation of cognitive symptoms such as [3, 4]:

Because these symptoms are generally subjective, doctors can consider them too mild or unspecific to diagnose cognitive impairment.

For more about how hypothyroidism progresses and how it may cause “brain fog” symptoms, check out this post.

Complementary Strategies that May Help “Brain Fog” Symptoms and Hypothyroidism

You may try the complementary approaches for “brain fog” associated with hypothyroidism listed below if you and your doctor determine that they could be appropriate in your case after discussing them. Remember that none of them should ever be done in place of what your doctor recommends or prescribes.

Always remember to speak with your physician before starting any new exercise regimen or drastic changes in diet.

Doing more exercise may improve how your thyroid gland works. In 2 small trials on 20 adults and 36 adolescents, exercise increased T3 and T4 while decreasing TSH levels [5, 6].

However, extenuating exercise may do more harm than good. It may reduce T3 levels, increase inflammation (Th17 immune response), and cause fatigue, a typical “brain fog” trigger [16, 17, 18, 19].

Multiple clinical trials have found that moderate exercise increased T3 and T4 production and cognitive function. However, high-intensity exercise may be counterproductive.

Sleep loss may increase free radical damage in the hypothalamus by reducing the production of the antioxidant glutathione. It also increases the production of pro-inflammatory cytokines (such as TNF-alpha, IL-6, IL-17, and CRP) [26, 27, 28, 29, 30, 31].

If you have “brain fog” from hypothyroidism, improving the quality of your sleep may help. Read this post to learn how to fix your sleep.

People with interrupted breathing during sleep (sleep apnea) are at an increased risk of “brain fog”. In addition to worsening sleep quality, apnea reduces oxygen intake. The lack of oxygen produces free radicals, which cause oxidative damage and trigger inflammation [32].

Importantly, sleep apnea increases the risk of developing Hashimoto’s hypothyroidism. The risk is especially high in women and those with severe apnea. Similarly, apnea increases thyroid antibody levels in people with Hashimoto’s, suggesting the development of the symptoms may be faster [33].

Poor sleep quality and interrupted sleep are also associated with “brain fog” symptoms. Getting a good night’s sleep may improve the cognitive symptoms of hypothyroidism.

Both chronic stress and the hormones produced in these conditions may impair memory and learning. While the effects are reversible in adults, they may be permanent in young children [36, 37].

Stress may reduce the birth and branching of brain cells in the hippocampus and the function of the messenger glutamate in the prefrontal cortex [36, 38, 39].

Alternatively, the stress hormone CRH may contribute to “brain fog” by increasing inflammation. CRH increases Th1 dominance and activates the inflammatory hub NF-kB. However, it also leads to the production of the anti-inflammatory hormone cortisol [40, 41, 42, 43].

Read here how to reduce your stress response.

Psychological stress is linked with worse cognition and may be linked with “brain fog” through inflammation. De-stressing may help improve cognitive symptoms.

4) Check if You Have Gluten Intolerance

In addition to its well-known effects on the gut, celiac disease damages the brain by causing inflammation and producing antibodies that target its proteins [44].

The frequency of celiac disease is higher in people with hypothyroidism, especially in those with autoimmune types such as Hashimoto’s [47, 48, 49].

Speak with your physician to see if you suffer from gluten intolerance to determine if it could be a possible cause for your “brain fog” symptoms.

People with celiac disease often experience “brain fog.” You may want to ask your doctor if gluten intolerance may be a root cause of your cognitive symptoms, especially if conventional hypothyroid treatment doesn’t resolve the issue.

Diets rich in high-glycemic sugars and fats (a combination typically found in fast food) cause obesity and insulin resistance. This means that the body’s cells don’t take up sugar from the blood in response to insulin [50, 51].

Insulin resistance causes acute fluctuations in blood sugar levels, which increases oxidative damage and inflammation. This damages the brain and may result in “brain fog” symptoms [52, 53].

High blood sugar and insulin lower NAD+ levels. This reduces the ability of the mitochondria to produce the energy molecule ATP, resulting in increased fatigue [55, 56].

Reducing dietary carbohydrates may be especially beneficial in people with autoimmune hypothyroidism. In a clinical trial on almost 200 people with Hashimoto’s, a low-carbohydrate diet reduced thyroid antibody production [57].

Read here what causes insulin resistance and possible ways to combat it.

Another potential cause of “brain fog” is insulin resistance, which may cause inflammation and oxidative stress through fluctuations in blood sugar. Talk to your doctor about strategies to improve insulin sensitivity.

Goitrogens are substances that reduce iodine uptake by the thyroid gland, resulting in reduced production of thyroid hormones [58, 59].

Foods rich in goitrogens include [60+]:

People with hypothyroidism may want to reduce their intake of these foods to decrease their “brain fog” symptoms. Note, however, that most of them will only interfere with your thyroid function if you have iodine deficiency or eat high amounts (an exception being millet) and cooking these vegetables may inactivate the goitrogenic compounds [61, 62, 63].

Certain foods may reduce iodine uptake into the thyroid, but these are only potentially problematic for people with iodine deficiency or an imbalanced diet. Talk to your doctor before implementing such dietary restrictions.

Gut inflammation produces cytokines that are currently being investigated to determine if they can result in cognitive problems and behavioral changes. Although it’s important to remember the link between mental fatigue and gut inflammation remains unclear, people with chronic fatigue syndrome often have IBS as well [64, 65, 66].

Some foods may increase gut inflammation and worsen IBS symptoms, although more research is needed to confirm their potential effects on cognitive function. These include those rich in [67, 68, 69, 70, 71, 72, 73]:

To find out if any of these food groups might be worsening your “brain fog” symptoms from hypothyroidism, you can try to follow an elementary diet for 2 weeks and then add one at a time back in. Because elementary diets can lead to deficiencies, follow your doctor’s instructions carefully.

Gut inflammation has also been associated with “brain fog” in some studies. Talk to your doctor about whether you may have food sensitivities that could be contributing to your cognitive symptoms.

Some scientists believe that gut microbiota plays a role in cognitive function and behavior. The communication between these two organs is often called the ‘brain-gut axis’ [74].

In animal studies, a Western diet rich in saturated fats and added sugars reduced beneficial bacteria in the gut. These changes are associated with obesity and cognitive impairment [75+, 76, 77].

While the full link and efficacy remains unclear, recent studies have shown that probiotics improved cognitive function and the gut microbiome composition in some small clinical trials. They improved visual memory in 22 healthy people, attention and memory in 50 people with mild cognitive impairment, and visual learning, attention, and general fatigue in 44 people with chronic fatigue syndrome [78, 79, 80].

They also improved learning and memory in mice and rats. Conversely, changes in the gut microbiota (from infections and antibiotics) were associated with cognitive problems and behavioral changes in mice [81, 82, 83, 84, 85, 86].

Interestingly, hypothyroidism is associated with bacterial overgrowth in the small bowel. It would be interesting for future research to determine if this overgrowth may worsen “brain fog” symptoms by disturbing the normal microbiome [87].

The composition of the gut flora is believed to affect cognition, though the relationship between the microbiome and the brain is complex and not well understood. Talk to your doctor about strategies that might help improve your gut flora composition.

The following supplements might be of benefit in restoring normal thyroid hormone levels:

In the case of vitamin D, it’s important to combine dietary sources and supplements with sun exposure [101, 102].

Additionally, vitamin B1 increases energy by stimulating carbohydrate breakdown. Supplementation with this vitamin reduced fatigue in 3 people with Hashimoto’s hypothyroidism [103, 104], though it’s very important to remember much further work needs to be done to determine how useful vitamin B1 is in people with this disease.

Remember, it’s preferable to take certain vitamin and mineral supplements only in cases of deficiency. Some of them may be toxic at excessive doses and even worsen hypothyroidism or brain fog. Hence, remember to speak with your doctor before taking any supplements.

This is especially the case of iodine. Although it’s required to make thyroid hormones, high doses may trigger inflammation by increasing T cells (Th1 and Th17) and cytokines (such as IL-6, IL-17, and TGF-beta). This may worsen both “brain fog” symptoms and autoimmune hypothyroidism [105, 106].

Certain supplemental vitamins and minerals may be beneficial for hypothyroidism and associated “brain fog,” but only in cases of deficiency.

Most studies investigating an association between hypothyroidism and brain fog symptoms were cohort studies. These studies can’t establish a cause-effect relationship.

Additional limitations to most studies included evaluating subjective symptoms, using different methods of measurement, studying heterogeneous populations, and establishing different TSH thresholds to distinguish between overt and subclinical hypothyroidism. This creates a bias that makes it difficult to compare studies.

In the case of subclinical hypothyroidism, the studies on both its association with “brain fog” and possible improvement with thyroid hormone replacement therapies showed contradictory results.

Hypothyroidism is when your thyroid gland doesn’t make enough thyroid hormones. “Brain fog” is not a medical condition but a term used for a group of symptoms that can affect your cognition, mood, and energy.

Some of the ways to get symptomatic relief from “brain fog” as a result of hypothyroidism include getting moderate exercise, improving sleep, and lowering stress. These steps are theorized to stimulate the thyroid to make more thyroid hormones improving brain health.

Additionally, gluten intolerance, insulin resistance, microbiome imbalances, and gut inflammation are all being investigated to determine their role in these symptoms. These factors may worsen autoimmune hypothyroidism and exacerbate “brain fog”.

Eating a nutritious diet (or supplements to prevent nutrient deficiency) and avoiding eating iodine-binding foods like cabbage in large amounts may help.