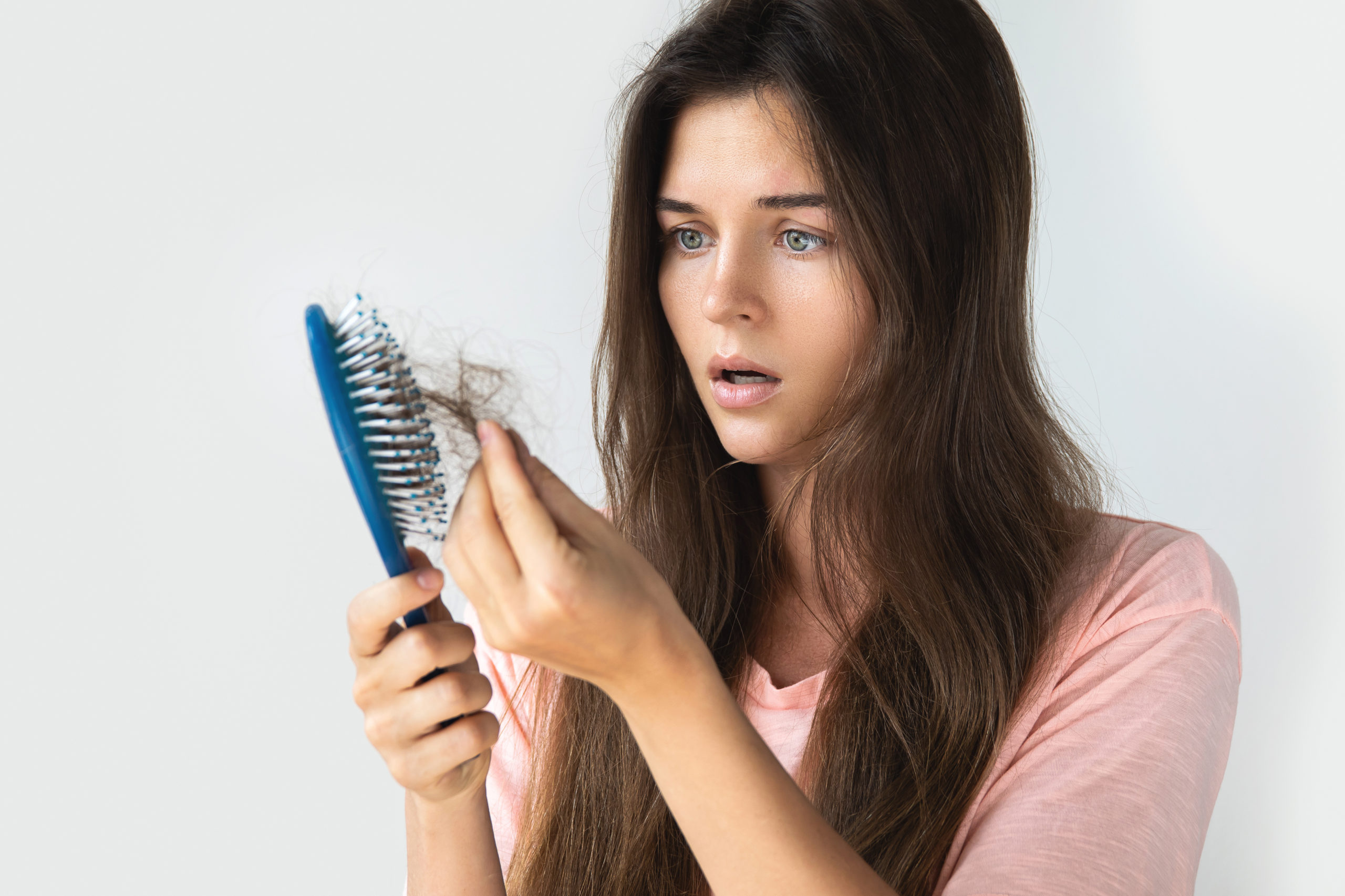 In the following sections, we’ll outline complementary approaches that may help you deal with hair loss. The below strategies are not meant to replace your standard medical treatment. Make sure to consult with your doctor before making any significant changes to your day-to-day routine.

Although it has no direct effect on male-pattern baldness, stress is a well-known trigger of other types of hair loss such as diffuse hair loss (telogen effluvium), patchy hair loss (alopecia areata), and hair pulling disorder (trichotillomania). In turn, hair loss can be a source of stress and ultimately worsen the severity of these conditions [1, 2, 3, 4, 5, 6].

Avoiding aggressive hairstyling practices, regularly washing your hair with a mild shampoo, and gently brushing it with a soft brush can help you reduce hair loss.

Light therapy with UV-A combined with drugs that increase the sensitivity of the skin to this radiation (methoxsalen and psoralen) caused patchy hair loss (alopecia areata) regrowth in most cases without causing major adverse effects in 4 uncontrolled trial of 189 people and a non-placebo-controlled trial of 40 people [15, 16, 17, 18, 19].

This radiation was also effective when applied through targeted treatments with an excimer laser in 3 uncontrolled trials of 36 people with patchy hair loss [20, 21, 22].

In 2 small, uncontrolled trials of 31 people with patchy hair loss, LLLT with infrared radiation for 3 minutes every week or every 2 weeks sped up hair regrowth in most patients [23, 24].

In a study of over 60k people, of whom 154 developed patchy hair loss (alopecia areata), smoking was associated with an approximately 2-fold incidence of this condition. Cigarette smoke may cause oxidative and inflammatory damage in the hair follicles, and impair hair growth [25, 26].

In a placebo-controlled trial of 86 people with patchy hair loss (alopecia areata), aromatherapy with the essential oils of lavender, thyme, rosemary, and Atlantic cedar improved the symptoms in 44% of the patients [27].

Scalp massage for 4 minutes during 24 weeks improved hair thickness, possibly by increasing the levels of several proteins involved in hair growth, in a small uncontrolled trial of 9 healthy men [28].

In line with this, zinc supplementation improved both conditions in 2 small uncontrolled trials of 20 people who also had zinc deficiency. In a non-placebo-controlled trial of 73 women complaining of hair loss, zinc was especially effective when combined with calcium pantothenate [30, 31, 32].

In a study of 100 people with hair loss, most of the 54 subjects with diffuse hair loss (telogen effluvium) had deficiencies of the essential amino acids leucine, histidine, valine, and isoleucine. Dietary sources of these amino acids include protein-rich foods such as meat, fish, dairy products, eggs, and legumes [34].

In an uncontrolled trial of 48 people with this condition, a synthetic derivative of vitamin D (calcipotriol) applied topically for 12 weeks caused hair regrowth of at least 50% in 75% of the patients and full regrowth in 27%. Both this chemical and UV-B radiation (which stimulates vitamin D production) were similarly effective in a placebo-controlled trial of 60 people [40, 41].

In a placebo-controlled trial of 40 people with patchy hair loss (alopecia areata) a topical garlic gel applied twice daily for 3 months as an add-on to corticosteroids significantly improved hair regrowth [42].

In a placebo-controlled trial of 38 people with patchy hair loss (alopecia areata), applying onion juice twice daily for 2 months caused hair regrowth in 87% of the patients (as opposed to only 13% of those who used tap water) [43].

In a placebo-controlled trial of 20 people with hair loss from ringworm, applying a gel with 1% squalamine for 3 weeks improved scaly injuries and caused hair regrowth [44].

A topical preparation with 0.01% raspberry ketone applied for 5 months promoted hair growth in 1 out of 4 women with patchy hair loss (alopecia areata) in an uncontrolled trial. The preparation was also effective in men with male-pattern baldness and in mice [45].

N-acetylcysteine (NAC) may help with compulsive behaviors by restoring normal glutamate levels in a brain region involved in reward and reinforcement (nucleus accumbens). It has been reported to improve hair pulling disorder (trichotillomania) in a placebo-controlled trial of 50 people and 5 independent cases. However, NAC was ineffective in a placebo-controlled trial of 39 children [47, 48, 49, 50, 51].

What is Ketoacidosis? + Causes, Signs & Symptoms