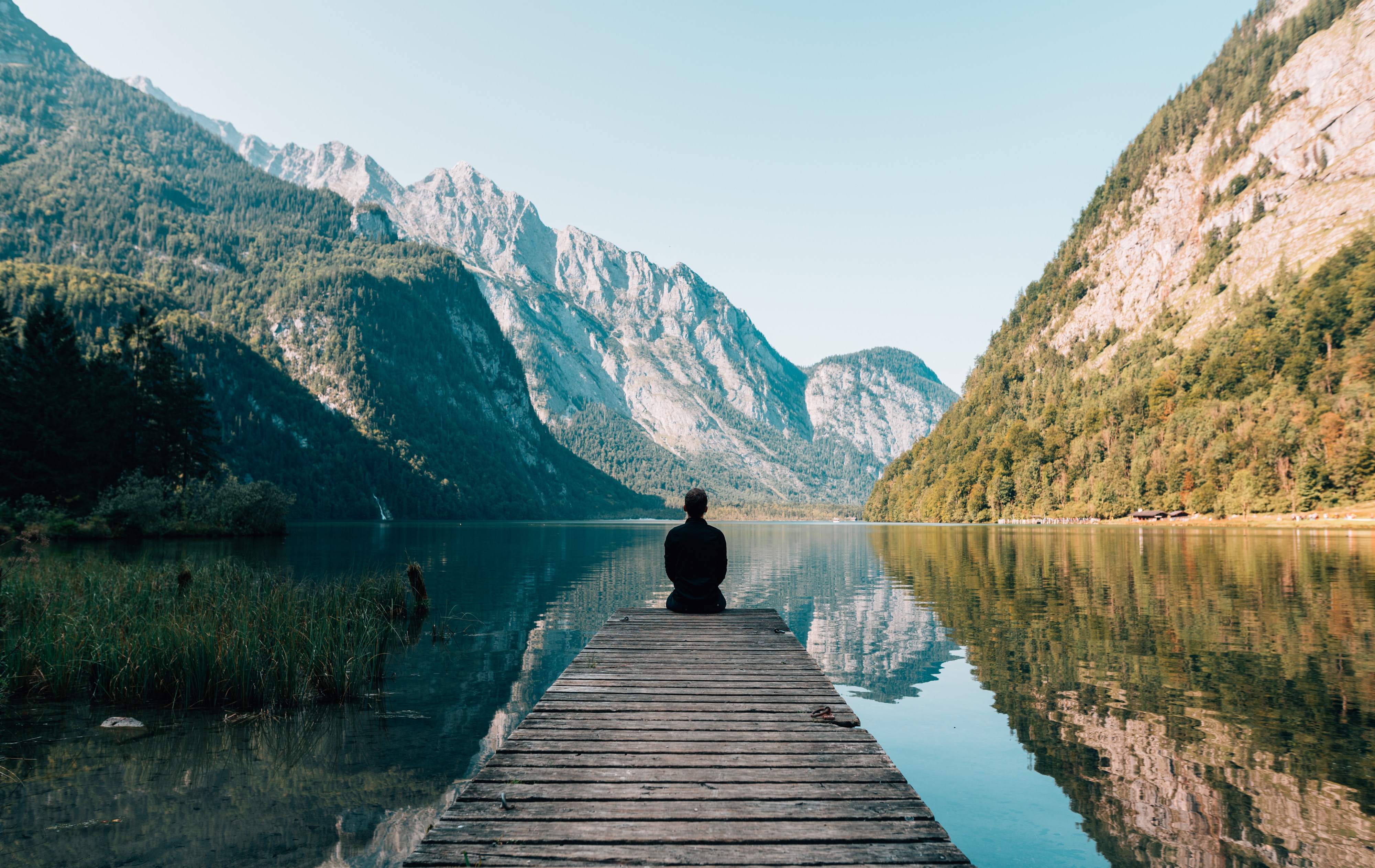 Meditation has a long history as a traditional way to reach a sense of peace. In clinical studies, meditation has effectively improved mental health, helped patients deal with stress and pain, and decreased blood pressure. Read on to learn more.

While meditation is extremely safe, alone or alongside conventional therapies, it should never be used in place of something your doctor recommends or prescribes.

Multiple studies have confirmed that meditation reduces the symptoms of anxiety [1].

Meditation can help anxiety symptoms and stress coping mechanisms with those who have generalized anxiety disorders [3].

Meditation is just as effective as medication when it comes to treating depression, pain, and anxiety. What’s more, it can offer long-term benefits [4].

It reduces anxiety by allowing the meditator to retain focus on the present moment [5].

Meditation increased gray matter volume in the right angular and posterior parahippocampal gyri – parts of the brain that are important for regulating empathic response, anxiety, and mood [7].

It only requires brief periods of meditation to enhance mood and minimize distress [8].

Mindfulness meditation is the best form to reduce destructive and uncontrolled thoughts and behaviors that can lead to depression or anxiety [8].

Those who participate in spiritual forms of meditation, in comparison to secular forms, have a significant increase in positive moods and a reduction of anxiety [10].

In one study, participants who meditated had a larger right hippocampus. Since this region is related to emotional control, the authors suggested that meditation enhanced emotional stability and regulation [11].

The more years that you meditate, the folding of the brain (cortical gyrification) increases, which helps to integrate cognitive processing [12].

Among 61 healthy adults, those who participated in compassion meditation had, on average, less stress than the control [14].

Meditation based practices helped 44 college students cope with stress and encouraged them to be more forgiving [16].

Group meditation helped students to cope with stressful times and gave them a sense of hope [17].

Biologically, meditation affected the subiculum of the hippocampus, which regulates stress [18].

Meditation can be helpful for improving mood and decreasing distress but it’s primarily effective at reducing distracting thoughts [19].

Transcendental meditation is believed to be beneficial in heart disease, as it may reduce blood pressure, neck artery thickness, and incidence of heart attacks [20].

In 52 subjects, meditating contemplatively caused a decrease in heart rate and blood pressure [21].

The following purported benefits are only supported by limited, low-quality clinical studies. There is insufficient evidence to support the use of meditation for any of the below-listed uses. Meditation should never be used in place of something your doctor recommends or prescribes.

Meditating appears to affect the brain in areas that are important for concentration and cognitive processes. On the other hand, it has measurably affected parts of the brain that deal with anxiety, mood, and empathetic responses [7].

In a study of 24 people, meditating sped up thinking and decreased the time it took to respond to a stimulus [25].

People who have experience meditating have increased activity in the dorsolateral prefrontal cortex (facilitated memory processing in REM sleep) and the angular cingulate cortex (deals with organized thoughts) [26].

Meditating not only increases attention but helps neural processes take control of the autonomic nervous system, which deals with involuntary processes in the body (i.e digestion, breathing) [28].

People who frequently meditate, in comparison to those who don’t, had increased antibody production after the influenza vaccine. Meditation has also produced functional changes to immune cells circulating in the blood [29, 30].

Meditating reduced lipid peroxide levels in the blood, which is indicative of oxidative damage [31].

For those with fibromyalgia, meditating does show moderate improvement in symptoms [37].

Cancer patients who meditated found it easier to deal with the stress that comes with illness [38].

In 19 subjects, meditation and mindful activities led to increased expression of anti-inflammatory genes [39].

Meditation not only reduced the expression of inflammatory genes but reduced mental stress in 39 caregivers of patients with dementia [41].

In 112 volunteers, meditation increased the thickness of the prefrontal cortex, which researchers suggested could makes it less prone to the displacement of age-related thinking (slowing down the process) [42, 43].

This process is associated with greater volumes of gray matter [44, 45] and less cognitive errors than the control group [44].

Researchers have similarly suggested that meditation could have protective effects on the brain by preventing age-related deterioration of gray matter [46].

Meditation reduced activity in the part of the brain dealing with daydreaming and “rewired” the brain to think more in the present [47, 48].

Although meditation was not as effective as behavioral therapy for pain, it did provide an improvement in coping with pain in 92 volunteers [49].

Researchers believe that meditation helped to reduce pain by framing the situation optimistically and mitigating the amount of pain perceived [50, 51, 52].

Meditation significantly helped patients with chronic pain conditions [53, 54]. It alleviated pain for up to 15 months after the conclusion of one study [55].

According to one study, advanced meditators have higher levels of serotonin than those who do not meditate. Serotonin also decreased after an hour of meditation, making a drop in serotonin and indicator of rest and relaxation [56].

Meditation increased melatonin levels in the blood; researchers believe that this effect may be responsible for the many health implications that it holds [57].

In a study of 73 elderly subjects, those who had meditated had a greater survival rate over the course of three years [59].

In various clinical settings, meditation has: