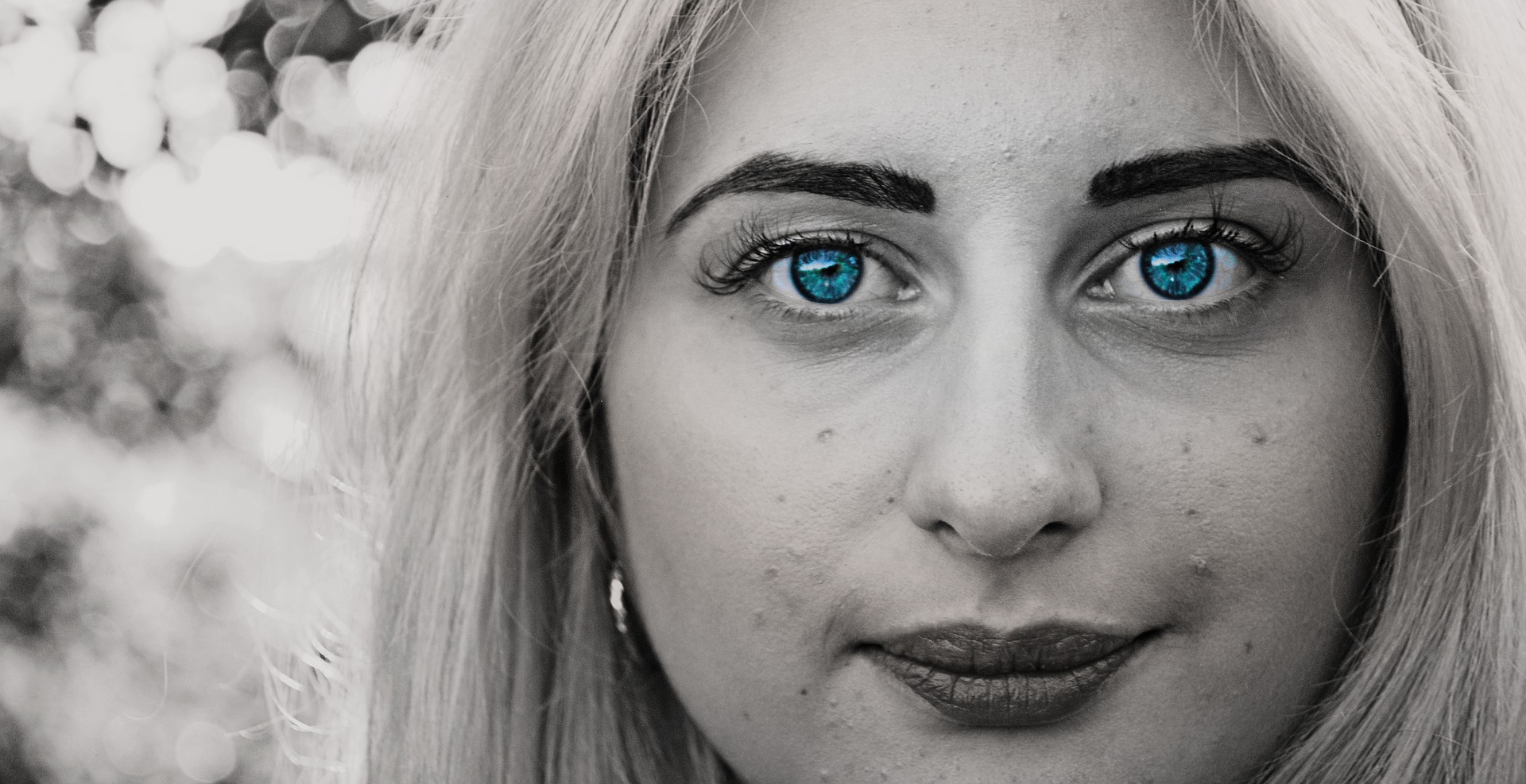 Acne is one of the most common disorders in the Western world, where it is estimated to affect 50-95% of teenagers. Learn about how acne forms and the research behind many popular complementary treatments.

Why Does Acne Form?

The skin contains oil glands that produce an oily substance called sebum as well as hair follicles from where hair grows out of.

Acne occurs when these hair follicles on the skin become plugged with oil (sebum) and dead skin cells. This blockage creates an environment that is prone to bacterial infection, which can cause further inflammation [1].

The face, neck, chest, back and shoulder areas are most commonly affected [1].

Who is at Risk for Acne?

Acne is most common in teenagers and young adults, but people of all ages can be affected.

According to some estimates, about 80% of people have experienced acne at some point in their life [1].

Acne appears to be more common in Western societies and in more urban environments [2].

A number of factors can contribute to acne, some of which include [3]:

Stress is often believed to cause or worsen stress, but clinical research has revealed conflicting results. It’s not entirely clear how much stress contributes to acne [7].

If you suffer from persistent or severe acne, you may want to talk to your doctor about your options. Many of the medications used for acne require a prescription from a doctor.

There are a number of treatments for acne, which generally work by [3]:

Acne treatments typically take some time before results are seen, sometimes up to four to eight weeks. Treatment choice can depend on the type and severity of acne, the age of the patient, and other health conditions the patient may have [3].

Some common conventional treatments for acne include [3]:

Different treatments are sometimes combined if treatment with one agent is ineffective.

In the following sections, we’ll discuss the research behind some of the complementary treatments commonly used for acne. Talk to your doctor before taking any of these treatments. They should never be used as a replacement for approved medical therapies.

The omega-3 fatty acids in fish oil (DHA and EPA) have anti-inflammatory effects. There is some evidence that fish oil supplementation may also help inflammation associated with acne.

For example, a 12-week study of 13 people found that fish oil supplementation improves overall acne severity, especially for those with moderate-to-severe acne [8].

Another randomized controlled clinical trial with 45 participants suggests that supplementation with 2,000 mg of EPA and DHA significantly reduces acne [9].

Oral supplementation with fish oils is considered to be likely safe when taken in appropriate doses [10].

Alpha hydroxy acids (AHAs) are a class of chemical substances that can naturally be found in certain foods or synthetically produced. They are common ingredients in cosmetic products [11].

Certain types of AHAs are possibly effective for acne.

For example, a randomized placebo-controlled trial of 120 patients with mild acne looked at the effects of glycolic acid, a type of AHA. Researchers found that a 10% glycolic acid topical product improves acne symptoms [12].

Another randomized placebo-controlled study of 26 subjects suggests that a 40% glycolic acid skin peel is effective for moderate acne [13].

In a clinical trial with 150 participants, a gluconolactone (another AHA) solution was as effective as 5% benzoyl peroxide lotion for mild-to-moderate acne [14].

A product containing a specific mix of AHAs (Hyseac AHA cream) reduced acne severity in mild-to-moderate acne, according to an open study of 248 patients [15].

In addition, several clinical trials have found that glycolic acid skin peels may improve the appearance of acne scars [16, 17, 18].

Generally speaking, topical AHA products are likely safe when used appropriately. However, high concentrations (greater than 10%) may cause skin burns [11].

What Causes A Clogged Pore?

Dirt, oil, makeup, sure, but for some people, it happens more frequently because of their genetics.

IL-1α is an immune system messenger that can increase the production of a type of skin cell, and cause dead skin cells to stick to one another. This can ultimately result in clogged skin pores and the formation of acne.

Check our Acne DNA Wellness Report for more information on your genes and what they’re telling you.

Research shows that people with low zinc levels are more likely to have more severe forms of acne. Oral zinc supplementation is possibly effective for acne [19].

A number of small clinical trials suggest that taking zinc supplements (either zinc sulfate or zinc gluconate) can improve acne when compared to placebo [20].

However, there are also some studies that found oral zinc supplementation was ineffective for acne. In addition, research on topical zinc treatments has revealed conflicting results [21, 22, 23].

The use of zinc supplements is likely safe as long as doses do not exceed the upper limit of 40 mg per day (for adults) [24].

Tea tree oil has antimicrobial properties and is possibly effective for acne [25].

A randomized placebo-controlled trial of 60 patients with mild-to-moderate acne found that a 5% topical tea tree oil gel may reduce the severity of acne [26].

Based on research, tea tree oil is possibly safe when used topically. However, it is unsafe when ingested [28].

Several studies have explored the use of probiotics for acne, although there is currently insufficient evidence to determine if probiotics are effective for this purpose.

A randomized open-label trial with 45 women found that a probiotic containing Lactobacillus acidophilus, Lactobacillus bulgaricus, and Bifidobacterium bifidum may reduce the number of acne lesions [29].

Oral supplementation with probiotics is considered to be likely safe when taken appropriately [30].

There is insufficient evidence to rate the effectiveness of topical aloe for acne.

However, one randomized study did find that an aloe vera topical gel in combination with tretinoin cream may be more effective for acne than either treatment alone [31].

There is insufficient evidence to determine if guggul is an effective treatment option for acne.

However, there is one randomized study of 20 patients that found that oral guggul supplements may be as effective oral tetracycline (an antibiotic) for the treatment of nodulocystic acne, a severe form of acne [32].

Taking guggul supplements by mouth is possibly safe, based on limited clinical research [33].

According to a preliminary 8-week randomized trial with 35 patients, a 5% EGCG (a compound found in green tea) topical solution may help reduce acne [34].

However, overall there is insufficient evidence to rate green tea’s effectiveness for acne.

When used topically, green tea or EGCG is possibly safe, mostly due to limited clinical research [35].

Resveratrol is a plant compound with antioxidant and anti-inflammatory properties. It can be found in grapes, red wine, and some types of berries [36].

There is insufficient evidence to evaluate the effectiveness of resveratrol for acne.

However, there is one pilot study that found that a resveratrol-containing gel may help reduce the number of acne lesions on the face [37].

Resveratrol is likely safe when consumed in the amounts typically found in food. However, there is insufficient evidence to determine the safety of topical forms of resveratrol.

Honey has antibacterial properties, but research suggests that topical honey is possibly ineffective for the treatment of acne [38].

In a randomized controlled trial with 136 participants, a topical product containing 90% medical-grade kanuka honey did not improve acne more than control groups [38].

It’s unclear how safe topical honey is due to a lack of research.

Start Optimizing Your Health Based On Your Genes

Take a look at your personal genetic data to find the root cause of your health issues and build a regimen that works to overcome any negative health effects from your genes. Start your personalized journey to optimal health with SelfDecode today.

8
The Science of Detoxification: How Phase I Relates to Health
4
Thyrotropin-Releasing Hormone (TRH) Roles & Regulation
4
How Your Gut Microbiota Can Make You Fat (or Thin)