Our goal is to not have a single piece of inaccurate information on this website. If you feel that any of our content is inaccurate, out-of-date, or otherwise questionable, please leave a comment or contact us at [email protected]selfhacked.com. 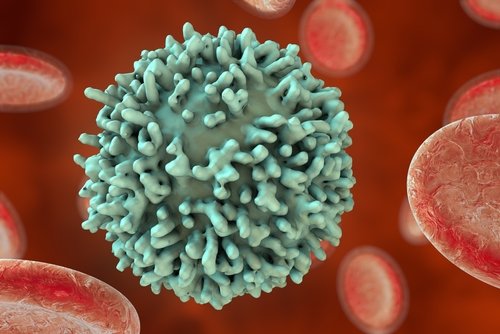 Blastocystis Hominis is a small parasite that is found in the stools of people with digestive problems like diarrhea, but it’s also found in healthy people. Can this parasite directly cause health issues and how do people get infected in the first place? Read on to learn about Blastocystis hominis.

What is Blastocystis Hominis?

Blastocystis Hominis is a parasite that can be found all around the world. There are as many as 17 Blastocystis subtypes and they are all genetically diverse [1].

It can infect humans’ intestines through contaminated food and water. It has been found in the stools of people with diarrhea, nausea, and abdominal pain [2].

However, Blastocystis hominis has also been found in healthy people who have no symptoms whatsoever. It may live in someone’s intestines without doing any harm. According to one unverified scientific theory, reactions to this parasite may depend on the strength of a person’s immune system and the parasite itself [1].

Experts agree that it’s still uncertain whether Blastocystis hominis can contribute to any disease.

The infection typically clears on its own. There are no proven treatments for Blastocystis hominis infection.

When to see a doctor

See your doctor if you experience intestinal problems like diarrhea or cramps that last longer than three days. Any other signs or symptoms that interfere with your daily life – such as skin problems, thyroid issues, or other – are also reasons to see a doctor.

Your doctor should diagnose and treat the underlying cause of your symptoms.

Even if you have diarrhea and Blastocystis hominis is found in your stool, it might not be causing your symptoms.

The presence of this parasite in your stool usually suggests recent exposure to contaminated food or water. Other bacteria, viruses, or parasites you were exposed to may be causing your symptoms.

On the other hand, your diarrhea or other symptoms may also be due to a cause other than an infection (such as a functional digestive disorder or dietary factors).

If you did a stool test, your doctor will interpret it taking into account your medical history and recent activities. They will likely also perform a physical exam. The next step may be to order specific blood tests and/or an endoscopy.

How Can People Get Blastocystis Hominis?

Blastocystis can be found in all parts of the world, from industrialized countries to underdeveloped ones. It is the most common parasite found in stool samples in the United States [2].

However, it is prevalent in third world countries due to poor hygiene, contaminated food or water, or contact with animals [2].

It is also possible to be infected through improper food handling. One study reports that, in Iran, infected food handlers spread the parasite to consumers who ate their food [3].

Animal handlers also have a higher chance of parasite infection. In one study, 41% of animal handlers had Blastocystis infection compared to the control population in which only 5% had it [4].

Should You Be Worried if You Have Blastocystis Hominis?

Most people who carry this parasite have no symptoms and the infection usually clears on its own. If you carry Blastocystis and are symptom-free, you likely have nothing to worry about.

It’s a good idea not to stress over your results. One study suggests that stress might increase the effects and symptoms of Blastocystis infection. If you’re under a lot of stress, be honest with your healthcare provider and seek help and support [5].

The majority of studies covered in this article deal with associations only, which means that a cause-and-effect relationship hasn’t been established.

Remember that research hasn’t yet determined whether Blastocystis hominis can contribute to any symptom or disease.

Work with your doctor or other health care professional for an accurate diagnosis.

Some scientists hypothesize a link between Blastocystis and gut problems–including intestinal permeability, IBS, diarrhea, abdominal pain, nausea, bloating, and flatulence–presumably due to cytokine release. Nonetheless, there’s no proof that this small parasite can directly cause any intestinal problems [1, 2].

Limited studies have associated Blastocystis with skin problems like itching, redness, and hives (urticaria). A causal link hasn’t been established [1].

Pregnant women can be at risk of iron-deficiency anemia, but it’s uncertain if Blastocystis can affect iron status or not. In one small study, women found to have Blastocystis Hominis in their intestines were more likely to have iron deficiency anemia than women who were not infected [6].

Magnesium is an important essential mineral. Blastocystis Hominis was shown to lower magnesium levels in one small human study. Larger studies would need to verify this association [7].

There are no proven treatments for Blastocystis hominis infection.

People who carry Blastocystis hominis but are symptom-free do not require treatment [2].

Mild signs and symptoms usually resolve on their own within a couple of days.

If your symptoms are severe or long-lasting, your doctor may prescribe antibiotics or anti-parasitic drugs [1].

Infected immunocompromised patients, like people suffering from HIV or cancer, are also typically treated to prevent any potential complications [5].

However, since this parasite might not be causing symptoms, any improvement might be due to the medication’s effect on another organism.

However, in some patients, the parasite might become resistant to the antibiotic. Because little is known about Blastocystis’ metabolic processes, it is not known why metronidazole is effective in some patients and not in others [8].

Some doctors may prescribe trimethoprim/sulfamethoxazole (TMP-SMX) when metronidazole is not effective. Scientists explain that it is not known if TMP-SMX targets the bacteria itself or other bacteria that Blastocystis is dependent on for survival [8].

Limited studies suggest it has a 90%+ success rate in treating Blastocystis in adults but less than 40% effectiveness in children. Research indicates that TMP-SMX might only reduce the number of parasites in the body and not completely eradicate it [8].

Nitazoxanide is an antiparasitic agent. Some studies suggest it has high effectiveness rates in children (over 97%, according to one study) infected with human strains of this pathogen [8].

No clinical evidence supports the approaches listed below in people infected with Blastocystis hominis.

Below is a summary of the existing animal and cell-based research, which should guide further investigational efforts. However, the studies listed below should not be interpreted as supportive of any health effect.

Remember that supplements have not been approved by the FDA for medical use. Supplements generally lack solid clinical research. Regulations set manufacturing standards for them but don’t guarantee that they’re safe or effective.

Also, supplement-drug interactions can be dangerous and, in rare cases, even life-threatening. Always consult your doctor before supplementing and let them know about all drugs and supplements you are using or considering.

Therefore, you may try the complementary approaches listed below only your doctor determines they could be appropriate. Supplements and herbs should never be used in place of approved medical therapies.

S. boulardii is a type of yeast. Scientists hypothesize it might affect cellular signaling pathways in parasites and their ability to colonize the gut. This yeast is also being researched for soothing local and systemic immune responses in the gut [8].

Brucea javanica and Coptis Chinensis, Chinese medicinal herbs, are used traditionally but lack proper scientific research. Some scientists hypothesize that they might inhibit the parasite, used along with a high-fiber and lactose-free diet, but this hasn’t been proven [8].

How Can You Prevent Infection?

Blastocystis hominis is common. Although anyone can have this parasite in the stool, the steps outlined below may help prevent infection.

Proper sanitation with clean water and adequate hygiene may reduce your likelihood of being infected [9].

Be Careful When Visiting Underdeveloped Countries

Volunteers and travelers to third world countries are more likely to be infected with Blastocystis due to poor sanitary conditions or infected water. Take precautions [10].