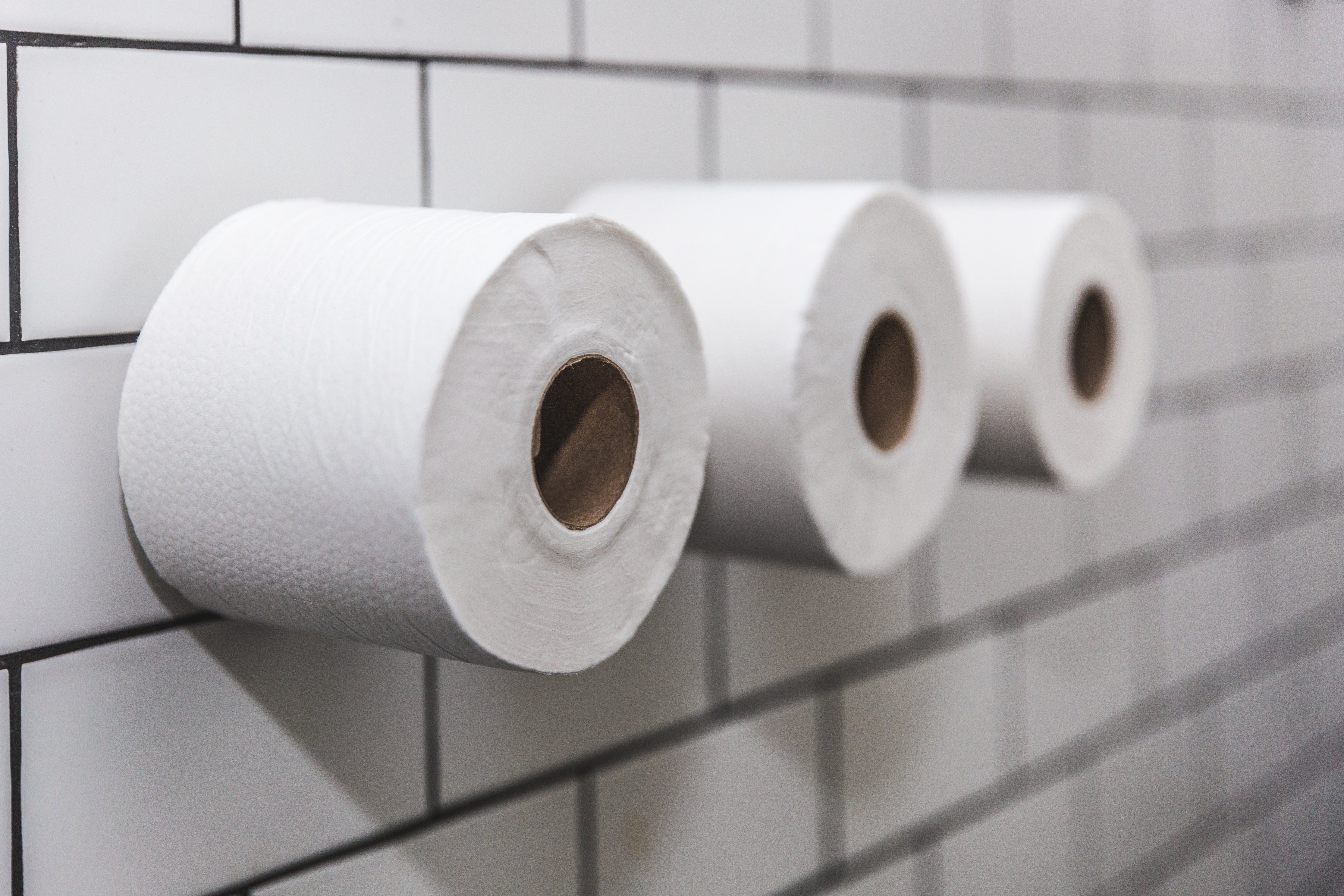 Small intestinal bacterial overgrowth (SIBO) can cause constipation, diarrhea, malnutrition, unexplained weight loss, and fatigue. Find out what causes it, how to test for it, and what the treatments are.

A large increase in the number of bacteria or the presence of abnormal bacteria can cause SIBO, which can cause several symptoms, including bloating, diarrhea, and abdominal pain [1].

This overgrowth of bacteria can also disrupt the body’s ability to absorb nutrients, often leading to nutrition deficiencies [1].

There are several potential causes of SIBO, such as decreased movement in the digestive system, structural abnormalities in the gut, and certain medications [1].

SIBO can cause a variety of diverse symptoms which include [2]:

Because these are general, nonspecific symptoms, it can be hard to tell the difference between SIBO and other conditions such as IBS, lactose intolerance, or fructose intolerance.

SIBO can be caused by many factors and conditions.

These can be broken down into three distinct groups [2]:

The digestive system has ways to prevent the overgrowth of bacteria, such as stomach acid, bile, enzymes, and immune cells. A lack of any of these allows bacteria to thrive, potentially leading to SIBO [3].

Health conditions or medications that disrupt the stomach’s ability to secrete acid may increase the risk of SIBO [1].

Underactive Immune System in the Gut

Conditions that impair the body’s immune system can lead to bacterial growth in the small intestine.

For example, SIBO is common in people with a genetic condition that causes a lack of IgA, a type of antibody that helps detect and eliminate bacteria. Bacterial overgrowth is also common in AIDS patients due to an underactive immune system [5, 6].

Structural flaws in the small bowel can lead to SIBO. This happens because certain structural abnormalities trap bacteria and allow them to accumulate.

Diverticula are small pouches in the small intestine that can become inflamed. These pouches can collect bacteria and lead to SIBO [1].

One study of 90 people found that 59% of the patients with diverticulitis had SIBO [7].

Bad Connections Between Intestine and Organs

Intestinal fistulas are unnatural connections between an organ and the intestines. Bacteria can become trapped in these connections, potentially leading to SIBO [1].

Normally, the muscles lining the stomach and small intestine will contract and relax in waves. This process is known as the migrating motor complex (MMC). The MMC stops bacteria in the colon from coming up into the small bowel [10].

Peristalsis is the movement of food down the gut caused by wavelike contractions of muscles lining the gut. It occurs whether food is present or not.

Any disease or disorder that stops the MMC or slows peristalsis will let bacteria from the large intestine travel into the small intestine.

Diabetic neuropathy is damage to the nerves of the gut from diabetes. When the nerves become damaged (because of high blood sugar), gut movement may slow down, allowing bacteria to accumulate.

Scleroderma is a chronic connective tissue disease. It partially blocks the intestines, slowing down the movement of food. This also allows bacteria to accumulate.

Heavy alcohol use has been associated with SIBO. Even moderate alcohol consumption (1 drink/day for women, 2 drinks/day for men) has been linked to lead to SIBO. Alcohol can damage the gut in several different ways, including [13]:

Some “bad” types of bacteria may even be able to feed off alcohol. All of these factors may lead to bacterial overgrowth [14].

Diets rich in refined sugars tend to increase the growth of bacteria, both good and bad. The body can only absorb so much sugar at once and any extra sugar may be used by opportunistic bacteria. SIBO patients can also sometimes have less of the enzymes needed to break down and absorb sugars, leaving them to be absorbed by bacteria [15, 1, 16].

The following have been associated with a higher risk of developing SIBO:

Is SIBO Linked to Other Diseases?

Research suggests that SIBO is present in 30 – 85% of patients with irritable bowel syndrome (IBS). In a randomized placebo-controlled trial of 111 patients with IBS, treatment with the antibiotic neomycin improved their symptoms (DB-RCT) [21, 2, 22].

In a study of 42 patients with fibromyalgia, all of the patients tested positive for SIBO. The severity of the overgrowth was linked to the degree of pain [22].

There are two types of tests commonly used to diagnose SIBO:

The gold standard for SIBO testing is a jejunal aspiration. This involves taking a sample from the small intestine and counting the number of bacteria per mL.

However, this test can be costly and invasive because it requires a tube to be inserted into the small bowel [1].

Breath tests are a more popular way to diagnose SIBO due to its low risk, simplicity, and noninvasive nature compared to jejunal aspiration.

The test involves the patient fasting overnight and then eating a sugar that is fermented by the bacteria in the small intestine. The gases from the bacteria are then captured and used to see if there is an overgrowth [1].

HBT has its drawbacks. In about 15 – 30% of people with SIBO, the bacteria will produce methane instead of hydrogen [34].

It is necessary to also test for methane if the hydrogen breath test is negative. People who test positive for methane tend to have constipation [35, 21, 36].

The HBT also has a high false-negative rate. This means that the test turns up a negative result when in fact the person does have SIBO [20].

Lastly, there is no consensus as to what determines a positive result. The only way of being confident in the results is to treat SIBO and see if symptoms disappear [1].

Below we’ll discuss some of the treatments commonly used to help treat SIBO. Usually, the underlying cause of SIBO must also be addressed. Always talk to your doctor if you suspect you may have this condition. Do not try to use any of these treatments without the guidance of a medical professional.

Antibiotics are typically the first-line treatment in SIBO. Several different kinds of antibiotics may be used, but the most well-researched medication is rifaximin [1].

A meta-analysis of 10 clinical trials found that antibiotics, in general, are more effective for treating SIBO compared to placebo [37].

A systematic review of 32 trials including 1,331 patients suggests that rifaximin is safe and effective for the treatment of SIBO, although the quality of studies was generally poor [38].

Probiotics are also often used to manage SIBO. Probiotics contain “good” bacteria that may help balance the population of bacteria in the gut.

A systematic review of 18 studies suggests that probiotics may reduce abdominal pain and help eliminate SIBO. However, the researchers also found that probiotics are ineffective at preventing SIBO [39].

Patients with SIBO are sometimes placed on special diets to help manage the condition.

An elemental diet is a liquid diet that consists of the individual nutritional parts of food such as:

It’s given to patients with inflammatory bowel diseases because the nutrients don’t need to be digested and are absorbed easily.

Elemental diets starve bacteria because they are low in carbohydrates that the bacteria in the small intestine eat.

In a study of 93 IBS patients with SIBO, 15 days of an elemental diet resulted in normal breath tests for 80% of the patients [40].

However, there are some drawbacks to this diet. Elemental formulas do not taste pleasant and can be challenging to stay on for long enough. Indeed, 25% of subjects refuse to stay on the diet for more than 2 – 3 weeks, according to research [41].

1
The Science of Detoxification: How Phase II Affects Health
0
What is Oxidative Stress? The Health Impact of Free Radicals
2
20 Surprising Health Benefits of Sleep