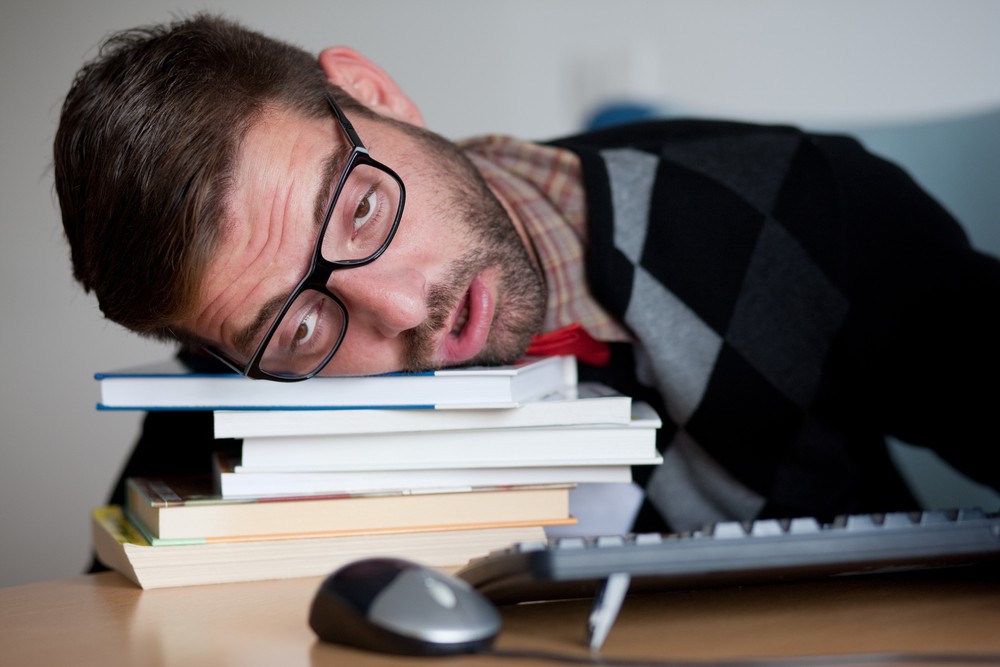 Why do you get tired after meals? Some post-meal fatigue is perfectly normal. Science suggests that there are dozens of reasons you may get that middle-of-the-day tired spell or the crushing post-dinner sleepy feeling. Read on.

Why Do People Feel Tired After Eating?

People often feel tired after eating. Most of the time, this is a perfectly normal, physiological response.

However, the extent to which we may feel tired after meals can vary – from person to person, day to day, and meal to meal.

It can depend on a number of factors, including age, health status, the amount and type of food, the time of the day, and more.

Scientists have many hypotheses about all the reasons why people may feel tired after eating. We’ll try to give you an overview of all the possible explanations in this article. Have in mind that one doesn’t exclude the other and that there’s no single cause of fatigue after meals.

Note: In the scientific literature, post-meal fatigue is known as “postprandial fatigue.”

If you feel like your post-meal tiredness is extreme and it’s impacting your daily life, it would be best to see a doctor.

The following are all reasons to talk to a healthcare professional:

There are many possible causes of abnormal post-meal fatigue. Your doctor should diagnose and treat the underlying conditions causing your current symptoms, taking your medical history and labs into account.

According to one experimental hypothesis, one of the reasons for fatigue has to do with the hypothalamus. This hypothesis has mostly been tested in animals and we don’t know if it holds true in humans.

But let’s step back first to brush up on the basics.

Metabolism is the process by which energy that goes in (caloric intake) is used by the body. When energy isn’t used the way it’s supposed to, metabolic problems can arise [2, 3].

Another issue, yet, are diseases like metabolic syndrome, diabetes, and inborn errors of metabolism. Therefore, metabolic problems are a broad category.

That said, here’s a list of some of the possible reasons scientists think people may feel tired after eating.

Don’t make any major changes to your diet or lifestyle before speaking with your healthcare provider.

Research suggests that high blood glucose suppresses orexin, which controls wakefulness. Orexin is most active in the hypothalamus [4].

Simple sugars and refined carbs will quickly break down into glucose, which may trigger more sudden and pronounced fatigue. On the other hand, complex carbs and other macronutrients will do so slower. Also, swapping refined carbs like white bread for higher-fiber (lower glycemic index) carbs is better for overall health.

Researchers believe that another possible reason some people feel tired after meals has to do with inflammation. Inflammatory cytokines like TNF and IL-1b seem to suppress wakefulness-promoting orexin [5].

Some people have food allergies or sensitivities and get inflammation from specific components of their meals. Anecdotally, people have claimed to resolve excessive post-meal inflammation after getting diagnosed and treated for food sensitivity.

If you suspect that you have a food sensitivity or are curious to learn more, check out these articles:

Limited research suggests that orexin may be sensitive to minor changes of pH in the blood [6, 7].

When blood acidity temporarily goes down and blood or tissues becomes slightly more alkaline, orexin is more likely to be suppressed and tiredness will ensue.

Fermented drinks like kombucha are hypothesized to be refreshing and energizing precisely because they are slightly acidic (thanks to their lactate content, among other compounds). The same goes for foods like sauerkraut and pickles [6].

Also, exercise is thought to increase orexin by slightly and temporarily raising lactic acid. Plus, getting regular, moderate exercise is good for overall health – and we know from experience that it makes us feel energized [8].

However, the human body is extremely good at maintaining blood pH levels within a tight, normal range. It’s uncertain to what extent fermented foods and exercise can impact this to affect post-meal fatigue.

4) The Mitochondria and ATP

Orexin is suppressed by glucose, as mentioned. But some scientists think that when there are enough filled energy-related molecules – including adenosine triphosphate (ATP) and pyruvate – orexin may not be as easily suppressed [9].

Mitochondria are what control the production of energy-related molecules. Theoretically, this means that issues with the mitochondria can reduce ATP, which may cause fatigue. A direct link between mitochondrial health and post-meal fatigue, though, hasn’t been discovered [10].

Leptin increases with fat mass. It also goes up after meals. Thus, leptin has been called the “satiety hormone that causes weight loss,” the “obesity hormone,” and the “starvation hormone.”

In some studies, chronically-elevated leptin levels have been associated with obesity, overeating, and inflammation-related diseases, including hypertension, metabolic syndrome, and heart disease [11]. However, no cause-and-effect has been established.

Meals with carbohydrates and fats increase leptin more than high-protein foods [12, 13]. Some scientists think this may, in part, shed light on why carbs make people more tired than other macronutrients.

Researchers claim that NAD+ is important for DNA repair, stress resistance, and cell death. NAD+ research is still in the early stages, though, and most of these effects remain unexplored in humans [14, 15].

Limited studies suggest that NAD+ also increases metabolism and acts as a signal for energy balance. In line with this theory, healthy mitochondria produce more NAD+, which might set in motion other signals to increase energy intake and expenditure. Low NAD+ might, theoretically, have the opposite effect. This is still uncertain, however, and mostly based on animal data [16].

You might notice that you feel more tired after lunch than breakfast or dinner.

This is because there’s a rhythm to wakefulness – the so-called 12-hour harmonic in the circadian system – and at around 1 to 3 PM, you naturally feel more tired. This is a real phenomenon and it’s called the afternoon dip or the post-lunch dip [20].

Research suggests that the post-lunch can occur even when a person skipped lunch and is unaware of the time of day. This can be worsened by a high-carbohydrate lunch and seems to be more likely to occur in extreme morning-type individuals [20].

After 10 AM, sleep urge starts to go up, peaking around 2 PM. The wavy orange/red line shows the circadian rhythm of fatigue. The other part (sleep need) illustrates the steady buildup of metabolic products such as adenosine that cause fatigue [21].

The bottom line is that people are more likely to get tired after lunch for circadian biology reasons.

Some researchers hold that cholecystokinin (CCK) is a significant factor in post-meal fatigue. CCK is a gut hormone that seems to be mainly released in response to a fat-rich or lectin-rich meal. Long-chain fats (saturated, MUFAs, PUFAs) might be potent CCK inducers [22].

Thus, the impact of CCK on post-meal fatigue in humans is still unclear. Larger human studies are needed.

The body uses tryptophan to make serotonin, a neurotransmitter that’s involved in sleep and relaxation. Thus, a high tryptophan load may increase serotonin and post-meal sleepiness. One study suggests that this may particularly be the case in people with chronic fatigue syndrome [28].

Insulin causes serum potassium outside of the cells to go inside. This slightly lowers potassium after meals, which is normal, but linked with fatigue. In healthy people, potassium remains relatively constant after meals. Low potassium from insulin is usually seen as dangerous only in people with diabetes and possibly in those at high risk [30, 31, 32].

12) Marijuana and Alcohol Use

Both marijuana use and alcohol can make you feel more tired. This is true in general, but it can become even more obvious after meals.

One of the side effects of THC, the main psychoactive compound in marijuana, is fatigue and sleepiness. Have in mind that cannabis use has been associated with health complications, addiction, cognitive and mood issues, and withdrawal syndrome.

Alcohol can also worsen fatigue after meals. Drinking alcohol before, during, and after meals intensifies daytime sleepiness and worsens the quality of nighttime sleep. Alcohol addiction is a serious worldwide problem [33].

Don’t hesitate to seek help if you feel like your cannabis use or alcohol drinking is taking a toll on your life.

What Causes Leptin Resistance & Can You Reverse It?