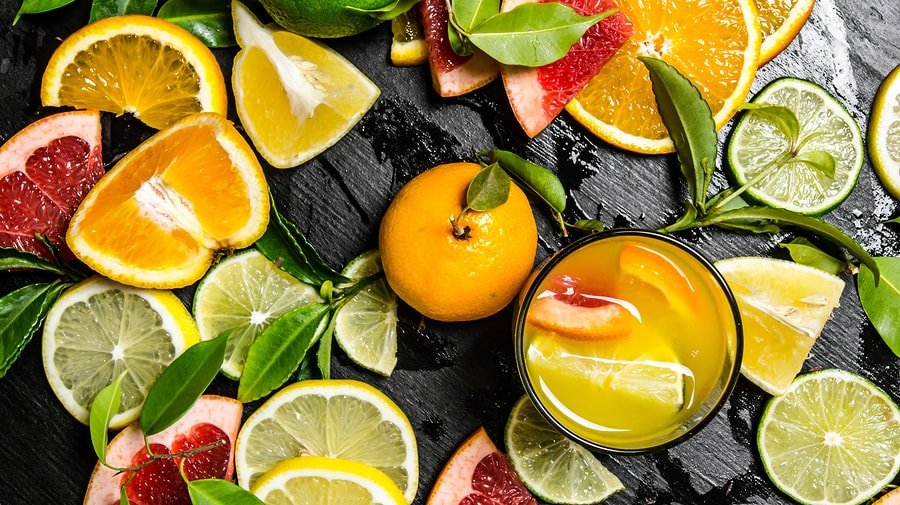 Glucuronidation is an important detoxification reaction that inactivates and detoxifies estrogens, hormones, neurotransmitters, drugs, mold toxins, and cancer-causing toxins. In this post, we’ll explain glucuronidation and factors that increase or decrease it. In addition, we’ll also cover beta-glucuronidase, an enzyme produced by gut bacteria that undoes glucuronidation. Finally, we’ll review the genes that affect glucuronidation.

Glucuronidation involves the addition of glucuronic acid to a toxic molecule to make it [1]:

Why Is Glucuronidation Important?

If toxins don’t get properly inactivated and removed, they cause cell and tissue damage and may initiate cancer.

Glucuronidation is one of the most important detox reactions taking place in our bodies [2].

It is responsible for the clearance of many drugs, cancer-causing chemicals, environmental toxins, and substances found in food [3].

Glucuronidation enzymes (UGTs) are found throughout the body: in the gut, kidney, brain, pancreas, and placenta. However, the majority are found in the liver [3].

This is because the liver is the key organ for processing drugs and internal compounds such as hormones and bile acids [4].

On the other hand, some UGTs (UGT2B15 and UGT2B17) are found in the prostate where they control local testosterone levels [5].

Others (UGT1A10 and UGT2B7) are found in the breasts where they inactivate estrogen [5].

In the brain, UGTs actively protect against the intrusion of harmful chemicals [2].

Enzymes responsible for glucuronidation are called UDP-glucuronosyltransferases or UGTs [2].

There are 19 functional human UGTs. They belong to one of the three subfamilies: UGT1A, UGT2A, and UGT2B [5].

Toxins from Foods and Environments

Factors That May Increase Glucuronidation (UGTs)

Research suggests It’s the most potent inducer of phase 2 detox enzymes (including UGTs) identified to date. It acts by activating Nrf2 [16, 17]. Nrf2 then activates UGTs.

PhIP is a cancer-causing agent present in cooked food. A study with 20 non-smoking men found that brussels sprouts and broccoli increased PhIP glucuronidation [18].

A diet enriched in cruciferous or cruciferous plus apiaceous vegetables also increased glucuronidation (UGT1A1) in another study with 70 subjects [19].

In a study with healthy nonsmokers (293 subjects), citruses increased UGT1A1 activity by about 30%, but only in women with two copies of the UGT1A1*28 variant [21]. This is the variant associated with lower UGT1A1 activity and Gilbert’s syndrome.

These herbs and supplements increased glucuronidase activity in animal studies:

There are a lot more foods and supplements that increase UGTs in isolated liver or gut cells. However, these results are often inconclusive and don’t translate well into animal or human studies.

Factors That May Decrease Glucuronidation (UGTs)

However, in the studies above, piperine decreased the clearance of curcumin, resveratrol, and green tea. This is considered beneficial because it increases their bioavailability.

Adding black pepper may be a good way to increase curcumin, resveratrol, and green tea exposure and their health benefits.

A wide variety of foods and supplements decrease UGTs in isolated cells. These include curcumin, ginger extract, quercetin, silybin, ginseng, vitamin A, green tea, and its component epigallocatechin gallate (EGCG) [34, 35, 36, 37, 38]. However, these do not necessarily work in the same manner in living organisms.

For example, milk thistle is a strong glucuronidation inhibitor in isolated cells [39, 40]. However, in humans, it didn’t have a significant effect [41].

Beta-glucuronidase is an enzyme produced by gut bacteria (such as E. coli) and gut cells [42].

This enzyme reverses the glucuronidation reaction and reactivates the inactivated toxins to their previous active form [42].

Research has found a link between elevated beta-glucuronidase activity and an increased risk of various cancers, such as colon cancer, and hormone-dependent breast and prostate cancers [43, 44].

A study in 279 people suggests that those with higher total and saturated fat intake have higher beta-glucuronidase activity (279 subjects) [45].

The same human study found a link between being overweight (BMI ≥ 25) and having higher beta-glucuronidase activity [45].

Studies suggest that men may have more of this enzyme than women [45, 46].

Researchers found that as we get older, beta-glucuronidase activity increases [46].

A study in 100 people suggests that smoking may increase this enzyme [47].

Researchers have found an increased activity of this enzyme in many diseases: liver inflammation, liver cirrhosis, jaundice, tuberculosis, and cancer [48].

In fact, this enzyme may be a sensitive indicator pointing to cell and tissue damage [48].

Drugs like phenobarbital and spironolactone were shown to increase this enzyme in rats [50].

However, more studies are needed to confirm the same effect in humans.i

A study in 279 people found that those who consumed more plants had generally lower beta-glucuronidase [45].

Another study also showed that this enzyme was lower with a higher intake of plant protein, fruit, and dietary fiber (203 subjects) [51].

Beneficial plants were those belonging to the gourd family (such as squash, pumpkin, zucchini, cucumber, and watermelon), the rose family (apples, pears, plums, cherries, peaches, raspberries, and strawberries), and legumes (peas and beans) [51].

However, another study with 63 volunteers found an increase in this enzyme on a diet enriched with crucifers, citrus, and soy [52].

In an initial study with 18 people, vitamin C decreased beta-glucuronidase activity by 25% [53].

The above study in 279 people found that those with higher dietary intakes of calcium, iron, and magnesium had lower beta-glucuronidase activity [45].

L. casei and B. breve also showed a tendency to decrease this enzyme (53 healthy volunteers) [55].

Prebiotics are basically fibers that stimulate the growth of beneficial bacteria in our bodies.

These decrease beta-glucuronidase in isolated cells:

Again, what’s found in cell and animal studies, doesn’t always match what’s later found in humans. The findings from animal and cell studies are given solely for information purposes and will be updated as soon as new findings from human studies become available.

Can Genes Predispose to Worse Glucuronidation?

Over 10% of the population have hereditary deficiencies in UGTs [73].

There is a single UGT1 gene that produces all UGT1A1 family members. Depending on how the enzyme is later processed, it becomes one of the 9 UGT1A enzymes [74, 75].

The UGT2 family enzymes are all produced by separate genes [74].

Before we dive into the research associated with glucuronidation, keep in mind that most of the studies below are largely based on association, suggesting that certain genetic variants are more or less common in people with these conditions. More research is needed to know what role, if any, these variants play in actually contributing to conditions such as heart disease, osteoporosis, and cancer.

In addition, all these conditions are dependent on a multitude of factors, and UGT variants may have only a minor effect. Therefore, just because you may have a certain UGT variant, that doesn’t necessarily mean you are at an increased or decreased risk of developing these conditions!

This is a variant in the shared part of the UGT1 gene (it is present in all UGT1A enzymes).

Studies suggest that people with this variant may clear Tylenol (paracetamol) from their system better [76].

UGT1A1 is the only enzyme that glucuronidates bilirubin.

It also inactivates some cancer-causing compounds and estrogen.

Patients with a rare inherited disorder called Crigler-Najjar syndrome have a complete or partial absence of this enzyme [3].

Complete UGT1A1 absence results in high levels of bilirubin, severe jaundice, and brain damage in infants. Those with a partial deficiency have milder jaundice and generally survive into adulthood without neurological or intellectual impairment [3].

Gilbert’s syndrome is a mild disorder caused by a mutation in the UGT1A1 gene. People with this syndrome have mildly elevated bilirubin levels [3].

Gilbert’s syndrome is found in about 10% of the population [3].

People with Gilbert’s syndrome also have reduced clearance of drugs like Tylenol [74].

A study in 765 people found that having two copies of UGT1A1*28 was associated with higher odds of having lung cancer [79].

Additionally, a Framingham Heart study showed that people with two UGT1A1*28 copies had a 2/3 lower risk of developing heart disease over the 24 year follow-up period (1780 subjects) [84].

This relationship with heart disease, however, has not been confirmed in two other studies [77].

Studies suggest that UGTs1A6 is responsible for the detox of cancer-causing agents such as benezo[a]pyrene from cigarette smoke [85].

It was long thought to cause decreased UGT1A6 enzyme activity [86]. However, more recent studies have found that people with this variant actually process aspirin faster [88].

A study in 474 colon cancer patients and 563 healthy people found that NSAID use was associated with lowering the risk of colon cancer, but only in those carrying this variant [89].

On the other hand, a study of 7418 cancer patients and 8,720 controls found that having two copies of this variant (GG) was associated with a higher risk of breast cancer [86].

Another study in 95 lung cancer patients and 100 controls found that this variant was associated with a higher risk of lung cancer [85].

UGT1A62 is often inherited together with UGT1A128, which may affect the association with cancer.

This enzyme is found in the gut and the lungs [91].

A meta-analysis of 22 studies with over 9000 people found that UGT1A7*3 was associated with increased risk of liver, lung, and bladder cancer risk in Asians [94].

This variant has also been linked with chronic pancreas inflammation and pancreatic cancer in a study of 433 people [93].

This variant is known as the UGT2B15*2 variant.

People with this variant seem to have a decreased clearance of Tylenol (paracetamol) (66 subjects) [95].

UGT2B17 is one of the most commonly missing genes in humans [96].

Some people have two copies, while others have a single copy or don’t have this enzyme at all [97].

This enzyme inactivates steroid hormones, including testosterone and estradiol. It also inactivates a large number of drugs and toxins [97].

Men with higher testosterone levels are less likely to be obese. Accordingly, a study of 940 people found that men without UGT2B17 had lower BMI [100].

A study of over 2.3k women found that those without UGT2B17 tended to have higher bone mineral density [104].

Accordingly, a genome-wide copy variation study of over 3k people has found a link between UGT2B17 and osteoporosis [99].

A study suggests that those having one or two UGT2B17 copies, and therefore, lower estrogen levels, may benefit from hormone replacement therapy (2,379 women) [104].

However, there are also studies that found no link between UGT2B17 and osteoporosis (1,347 elderly women) [105].

Can You Safely Chelate Heavy Metals?

The Science of Detoxification: How Phase II Affects Health